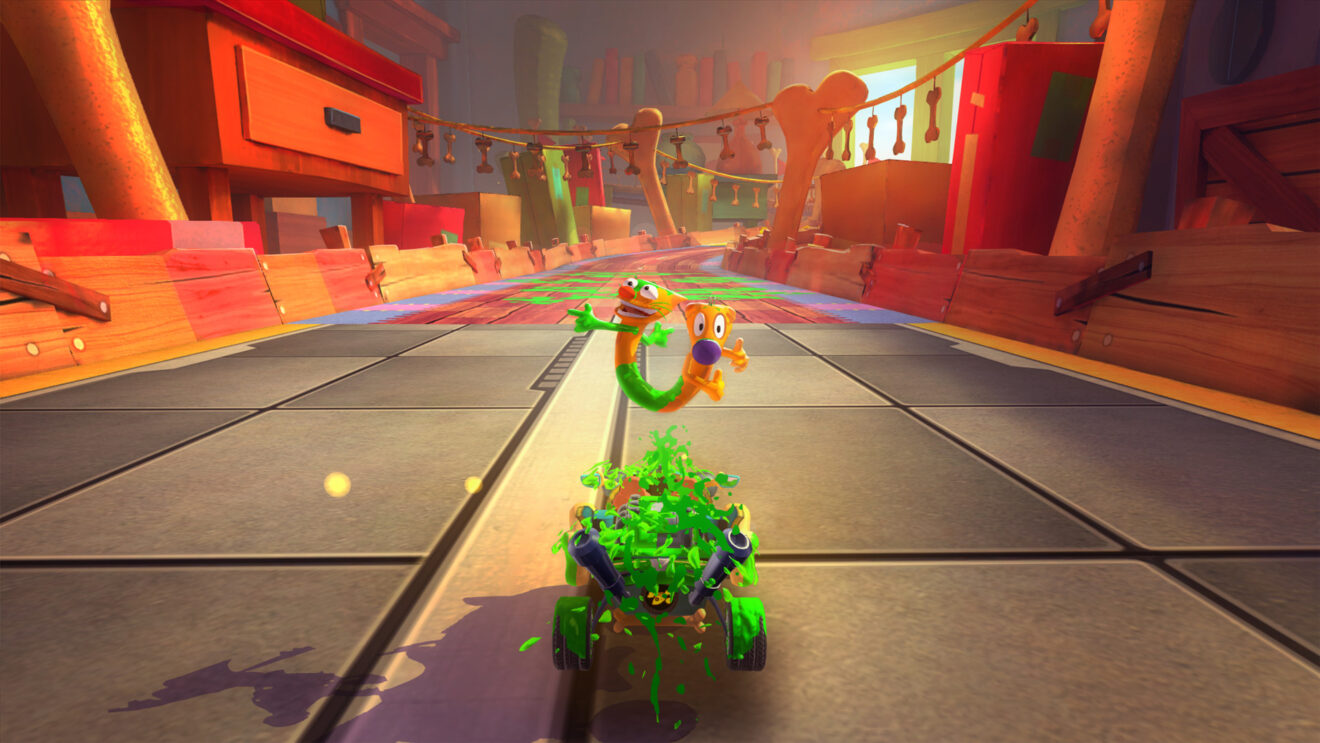 This third entry in the series has been “rebuilt and re-imagined from the ground up,” the publisher revealed in a press release. Players can expect more content, new tracks with water sections, new characters, and more.

According to the publisher, the game features more than 40 fully voice-acted characters, the ability to transform a character’s kart or bike into watercraft, an Arena Mode, and support for split-screen local and online multiplayer.

Note: The image above is taken from Nickelodeon Kart Racers 2: Grand Prix.