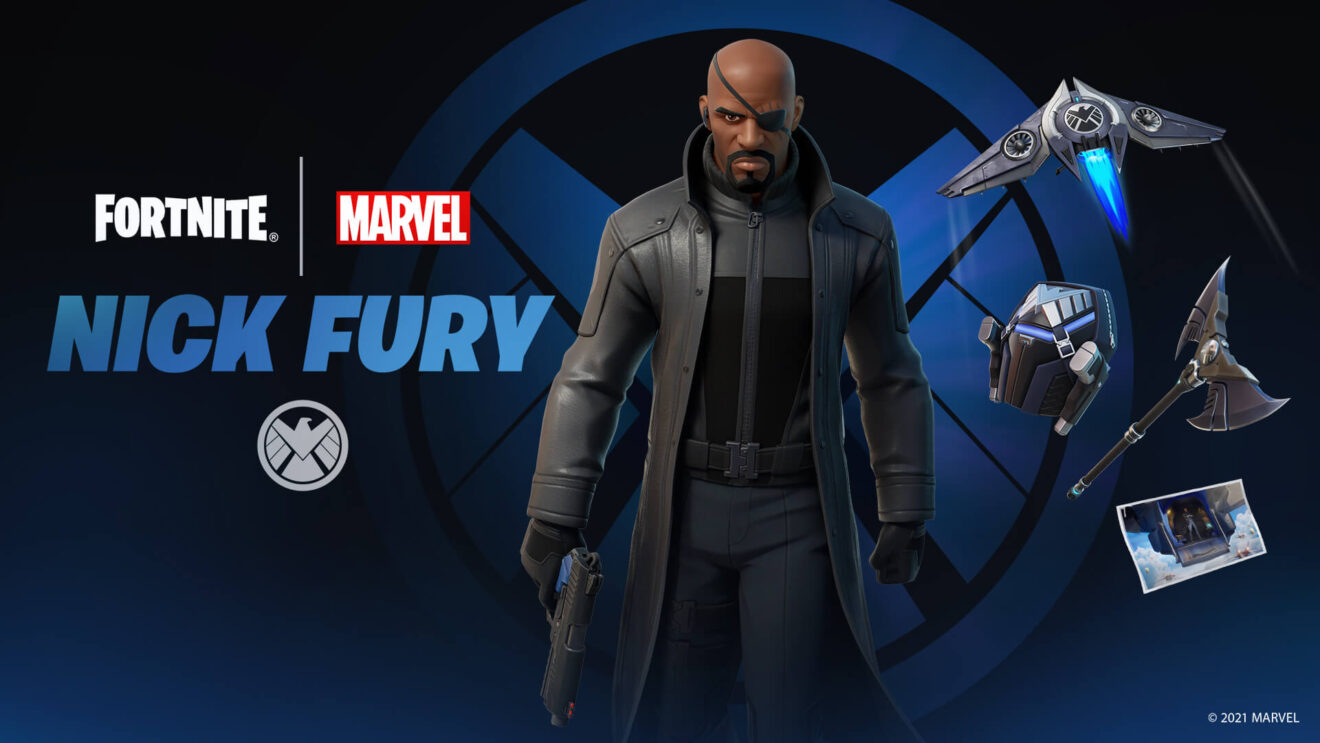 Nick Fury, director of S.H.I.E.L.D., is the latest Marvel character to cross over to the Fortnite island.

Fortnite players can currently visit the in-game Item Shop and purchase the Nick Fury Outfit, F.I.E.L.D. Pack Back Bling (included with Outfit), Director’s Scythe Pickaxe, and First-Strike Infiltration Glider. Also available is the Nick Fury Bundle, which includes the outfit, pickaxe, and glider, as well as the Quinjets in Flight Loading Screen.

In other news, Epic Games recently revealed that Chapter 2 of Fortnite will be coming to an end on December 4th. The finale event, titled The End, tasks players with defending the island from The Cube Queen in one final battle. Players who take part in the event will receive a special loading screen and wrap.