For players craving an action game full of new sensory weirdness, Remedy Entertainment’s Control is a delight. The game takes place in the Oldest House, the New York City headquarters of the fictional Federal Bureau of Control, a setting flavored by the shimmering paranormal aesthetic of the Hiss. Against the austere, distinguished aesthetics of the Oldest House, the Hiss distorts and corrupts everything—the building and its inhabitants—a transformation that’s especially emphasized in the frantic explosions that occur when the game’s parautilitarian protagonist, Jesse Faden, kills Hiss-infected enemies with either her abilities or service weapon.

Interestingly, though the game takes place in New York City, the Finland-based Remedy has made sure that numerous elements of Finnish culture have spilled into the game. Specifically, Control’s soundtrack is full of Nordic vibes that contribute to the game’s particular sense of sensory diversity and dissonance.

In Control, Remedy dedicates an entire laboratory in the Research Sector laboratory to the band. Players can push a button to hear the song “My Dark Disquiet” coming through oversized speakers, the lyrics of the song scrawled on a nearby chalkboard. You can even find the artwork for the band’s 2018 album Ultraviolet on a coffee table. The crossover went both ways, as Poets of the Fall released its own lyrics video the same day as Control’s launch, featuring an inverted triangle reminiscent of the Board’s distinctive upside-down pyramid.

Where Poets of the Fall are most heavily featured in Control is the already iconic Ashtray Maze sequence that unfolds during the game’s penultimate mission. Here, the band is credited under a fictional name, Old Gods of Asgard (though Remedy went so far as to give this group its own Spotify channel and official website), and the song is called “Take Control”—a title it shares with the final mission of the game. The song plays throughout the lengthy, adrenaline-pumping, wall-shifting fight sequence inside the Maze, with lyrics that directly reference Jesse and the Oldest House.

Poets of the Fall isn’t the only band that Remedy gave its own room to in Control. The Hungarian-Italian math rock band Socks and Ballerinas gets its own similar Easter egg treatment, with an entire test chamber dedicated to its 2019 album Soap! The album’s track list is visible on a chalkboard, and a chart showing a linear relation between “soap” and “weird”—a nod to the band’s tongue-in-cheek attitude—is written alongside chemical equations.

While the members of the band aren’t Finnish, they’re based in Finland, and their song “Salmon Soup” is a direct reference to a Finnish delicacy. In fact, “Salmon Soup” can be heard in another padded loudspeaker room in Lab 70 just off Central Research, with a poster advertising a private Socks and Ballerinas show at the Oldest House visible on the wall—perhaps a reference to a secret album release show the band performed at Remedy’s offices earlier this year.

There are a ton of other Finnish and Finland-based artists represented on Control’s soundtrack. Metal band Fortified shows up with its song “Spawn.” Neon retro synth-wave outfit Transient Love is on there with “North Exit.” And British electronic artist James Tottakai, who’s based in Finland and whose last name is Finnish for “of course,” lends his track “Artificial Light.”

But the most Finnish song in Control—and probably all of gaming—is one that was created by Remedy itself, and it involves the most memorable side character in the game: Ahti the Janitor. Portrayed by legendary Finnish actor-singer Martti Suosalo, Ahti is ostensibly a Finnish immigrant working for the Federal Bureau of Control as the main caretaker of the Oldest House. When he gets frustrated (which isn’t often), Ahti will slip into his native tongue, using idioms like “taking them behind the sauna”—the Finnish equivalent of the English idiom “make them sleep with the fishes.”

Unlike the other characters in the game, who are all on the outside of all the Oldest House’s strange phenomenon looking in, Ahti seems particularly tuned in to the Board’s whims and the interdimensional weirdness of the Bureau’s home. He doesn’t seem fazed by the Hiss, either, going about his business, giving Jesse missions while mopping the floor. Some theories say Ahti is a god—at least, the kind of “god” that would exist within Control’s universe. Coincidentally, there is a god in Finnish folklore called Ahti who rules over the sea.

Fittingly, Ahti gets his own song, “Hero’s Tango,” which Jesse hears during the mission “Finnish Tango.” Written by Remedy founder and creative director Sam Lake, composed by Petri Alanko (a Finn), and performed by Suosalo, “Hero’s Tango” is a culmination of the game’s Finnish influence. Throughout the early stages of the mission, Jesse is guided by Ahti’s voice and hallucinatory imagery seemingly bring Jesse into the janitor’s mind. When she visits the Oceanview Motel, Ahti can be heard speaking Finnish weather forecasts on the radios. Once the song properly kicks in, the tango’s lyrics mention lakes, the sea, and the secrets that lie beneath—references to both Ahti’s possible identity and how Alan Wake wrote his way out of the Dark Place.

Plenty of game developers incorporate local bands or personal musical tastes into the soundtracks of their work, but Control’s approach goes deeper. As a musical genre, the tango has played a strong role in Finnish culture and identity for a century. With Ahti and “Hero’s Tango” having such a heightened presence in the game, Finnishness itself comes to the forefront. It may seem like its effect on Control‘s story itself is minimal, as it doesn’t directly change the story, but its impact on the game is more important than that.

Since Finnish culture is not particularly well-known outside the country’s borders, Remedy including pieces of it in Control adds a unique flavor to the game, a specific brand of weirdness. I believe Ahti and Finland symbolize Control‘s world: Despite their unusualness, they are distinct wholes. Your initial reaction might be, as Jesse sometimes says, “What the fuck?” but the more time you spend with it the fonder you grow of the strangeness. In Ahti’s case, some agents, like Arish, speak highly of him, despite his unusual habits of speaking in Finglish and singing to plants.

As a Finn myself, the cultural references excited me in the extreme. I felt privileged and more competent while playing, since I immediately comprehended Control’s niche references (yes, Finnish things are very niche), as if the game were made just for me. The feeling is similar to trying a new hobby only to discover that you’re surprisingly good at it. It’s like magic. Or when you’re watching a television series and suddenly all your favorite underground bands pop up on the soundtrack. It drives you crazy. How did they know?

I wasn’t alone. Opening Twitch after launch to take an initial peak at Control‘s gameplay, I noticed Finns in the chat rallying every time Ahti appeared, letting out a chorus of “Torille!”, which translates as “To the market!” It’s a word Finns use to rejoice or express pride over national accomplishments, expressing a desire to gather in the public square and celebrate.

If you view Control as “favoring” Finnish culture, you are probably correct; it feels nice to be an expert on Ahti. But he doesn’t actually give any gameplay hints in Finnish, just pure entertainment—something he seems to provide plenty of to non-Finns, too.

Before Jesse reaches Ahti during the Finnish Tango mission, his disembodied voice talks about some Swedish brothers, how they can’t handle proper sauna steam. Then he gives Jesse the Pony cassette player, says the song is a present from his friends, and it will get Jesse through the Maze. The track, you’ll recall, is “Take Control” by The Old Gods of Asgard. And if those magical friends are Swedish, they just might literally be the brothers Thor and Baldr, gods of Asgard.

Control also features a collectible, “Ahti’s Cabin,” that’s little more than a picture of Ahti, his towel wrapped around the waist, sauna-ready at a lakeside cabin with a beer in hand. The accompanying text is a feel-good, alcohol-fueled Finnish-English quote referencing vacations. Somewhat humorously, this collectible is placed in the Research & Records category of collectibles, rather than the more casual Correspondence section. As such, it’s elevated to the same mysterious status as the Astral Plane, Atlas Theory, and Black Rock—another mystical object that the Bureau feels needs to be researched. It’s almost an invitation to learn more, tinged with the self-aware irony that Finns might really seem quite alien sometimes.

It’s possible to imagine a version of Control that grounds its characters and soundtrack in a different culture and still imparts a distinct flavor to the game. Maybe the tango becomes French: “La chanson du héros.” A Greek-inspired Control might rename Ahti to Poseidon. But the effect would be different. Such an overt reference to a water god would give up the mystery right away, but Ahti is a typical name in Finland, a reflection of the country’s nearly 200,000 officially recognized lakes.

There’s so much careful consideration and interwoven meaning at play that changing the origins of these elements would make Control cease to feel like Control. As much as Sam Lake has infused his love of American pop culture into Remedy’s games, he’s also included aspects of his own Nordic background since the first Max Payne, unofficially knitting his work together with references to mythology and Poets of the Fall, aka The Old Gods of Asgard. Finnish music and culture have long been at the heart of what Remedy creates. Given that Control is the studio’s most ambitious attempt yet to weave its own series-spanning universe, it’s only fitting the game puts that culture at the forefront more than ever before.

At the very least, it’s another reason for Finns to go to the market. 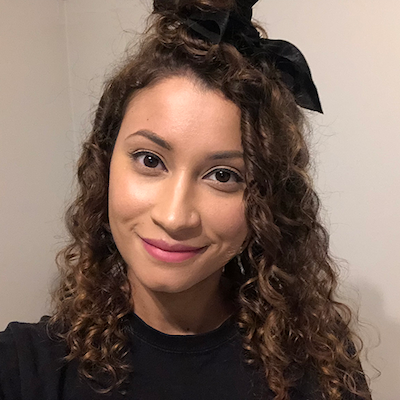 Sari remembers one of her first memories being the event of getting a PlayStation with her brother. When there weren’t sibling fights, they always had Tekken. A sociologist soul with a music journalist background, she is very keen on music in games and cultural aspects in general. Hailing from Finland, everyone is always puzzled about how she doesn’t like fish. 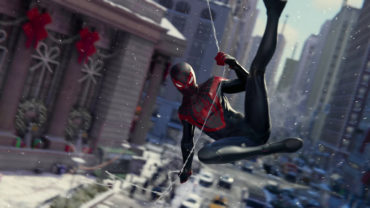 Sony reveals what PlayStation 5 game cases will look like

Xbox is putting its foot down with publishers charging for next-gen upgrades... sort of