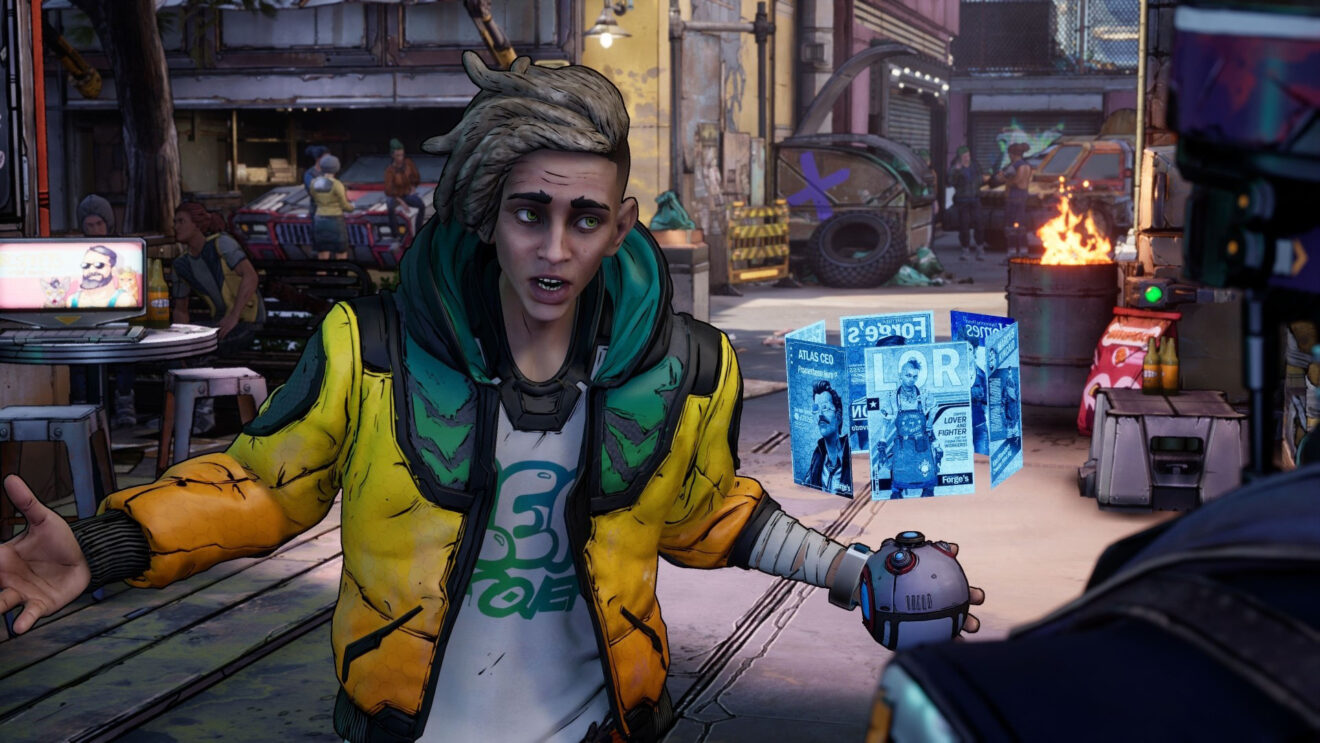 New Tales from the Borderlands shows off 18 minutes of gameplay

Gearbox has released our lengthiest look yet at New Tales from the Borderlands in the form of a gameplay reveal trailer that clocks in at just under 20 minutes.

The story begins about a year after the events of Borderlands 3 and focuses on three playable characters: scientist Anu, fortune-seeker (and Anu’s brother) Octavio, and Fran, the hoverchair-bound owner of a frozen yogurt store.

In the new gameplay, we see Anu, Octavio, and Fran attempt to make their way through the sewers past Tediore guards, before stumbling onto one of Promethea’s vaults.

Along the way, there are glimpses of many elements that should be familiar to fans of the first game (or Telltale-style games in general): You make dialogue choices on a timer that impact how the story plays out, complete quick-time events, and sometimes directly control characters to move them around. This segment also includes a neat fighting game-inspired minigame, with Octavio and a Tediore guard battling with Vaultlander action figures.

If that’s not enough footage for you, there’s also a character trailer that highlights the three protagonists.