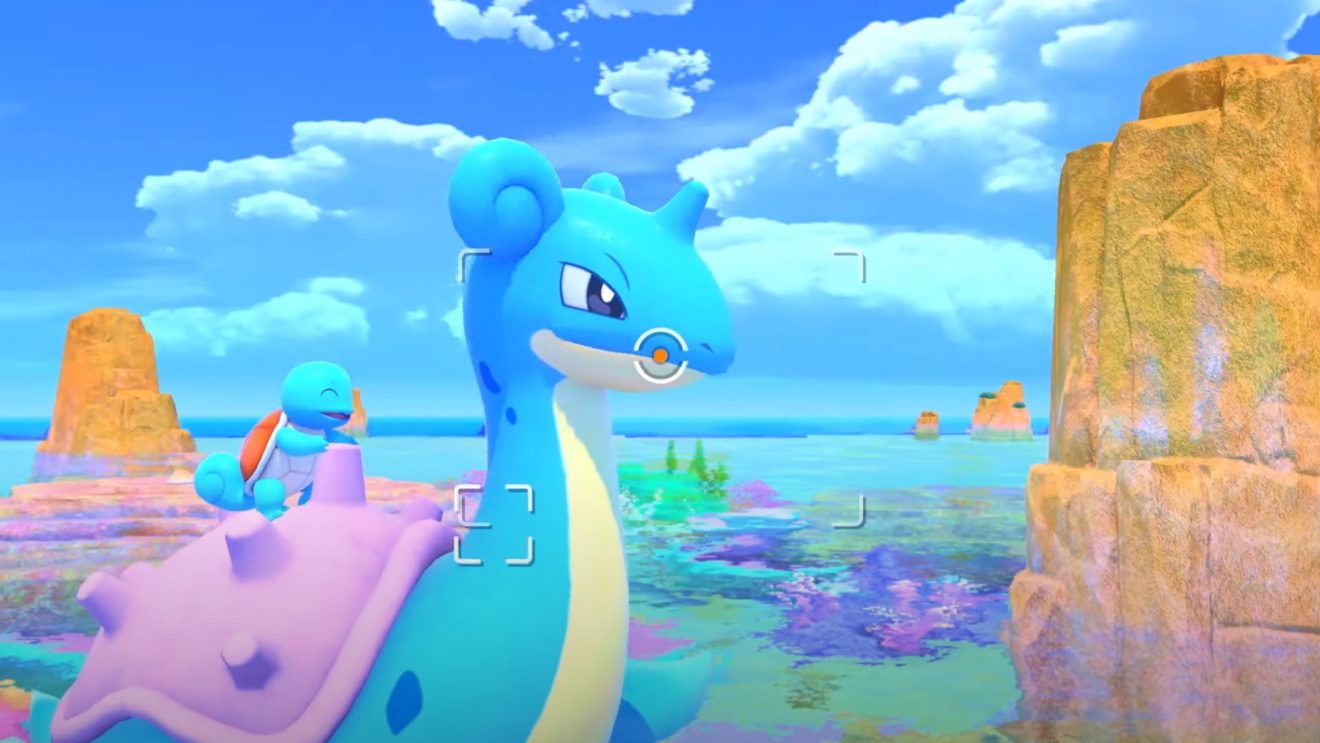 First up is New Pokémon Snap, a new game for Nintendo Switch that is inspired by the Nintendo 64 game. According to The Pokémon Company, players will travel to unknown islands where they can research and take photos of various Pokémon in their natural habitat. A release date has not been announced.

The second title is Pokémon Café Mix, a free-to-start title for Nintendo Switch, iOS, and Android. Players will be put in charge of a Pokémon Café that is visited by Pokémon. The aim is to prepare dishes and drinks for Pokémon by completing puzzles that involve swirling Pokémon icons around to link them and score points.

By completing puzzles, players can befriend Pokémon, have them join their café, and upgrade and expand the building. Pokémon Café Mix is available to preload now on Switch.

Finally, The Pokémon Company unveiled Pokémon Smile, a completely free app with no in-app purchases for iOS and Android. This app is designed to encourage children to brush their teeth by turning the activity into a fun game. By correctly brushing their teeth, players can protect Pokémon from cavity-causing bacteria and later catch them. Pokémon Smile is available to download now on iOS and Android.