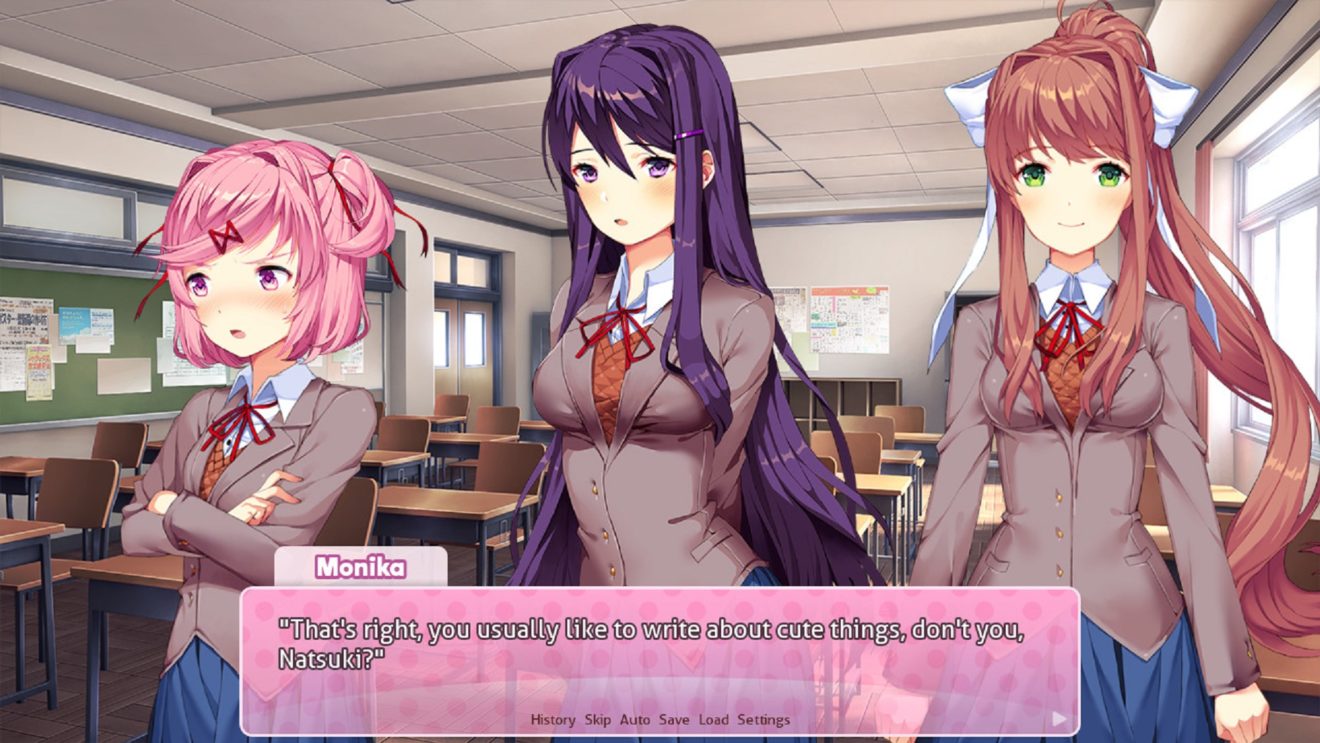 Doki Doki Literature Club creator Dan Salvato has announced that he will be releasing new content for the game this year.

Salvato didn’t offer any details about what will be included, but he did confirm that it will not be a sequel to the game. He went on to mention that he will also be continuing work on his next original visual novel, which has apparently been on hold for the last two years.

The popular visual novel sees players joining a school Literature Club that is made up of Yuri, Natsuki, Sayori, and leader Monika. Players will get to know each member of the club as they listen to their creations and create their own works. However, things are not as they seem.