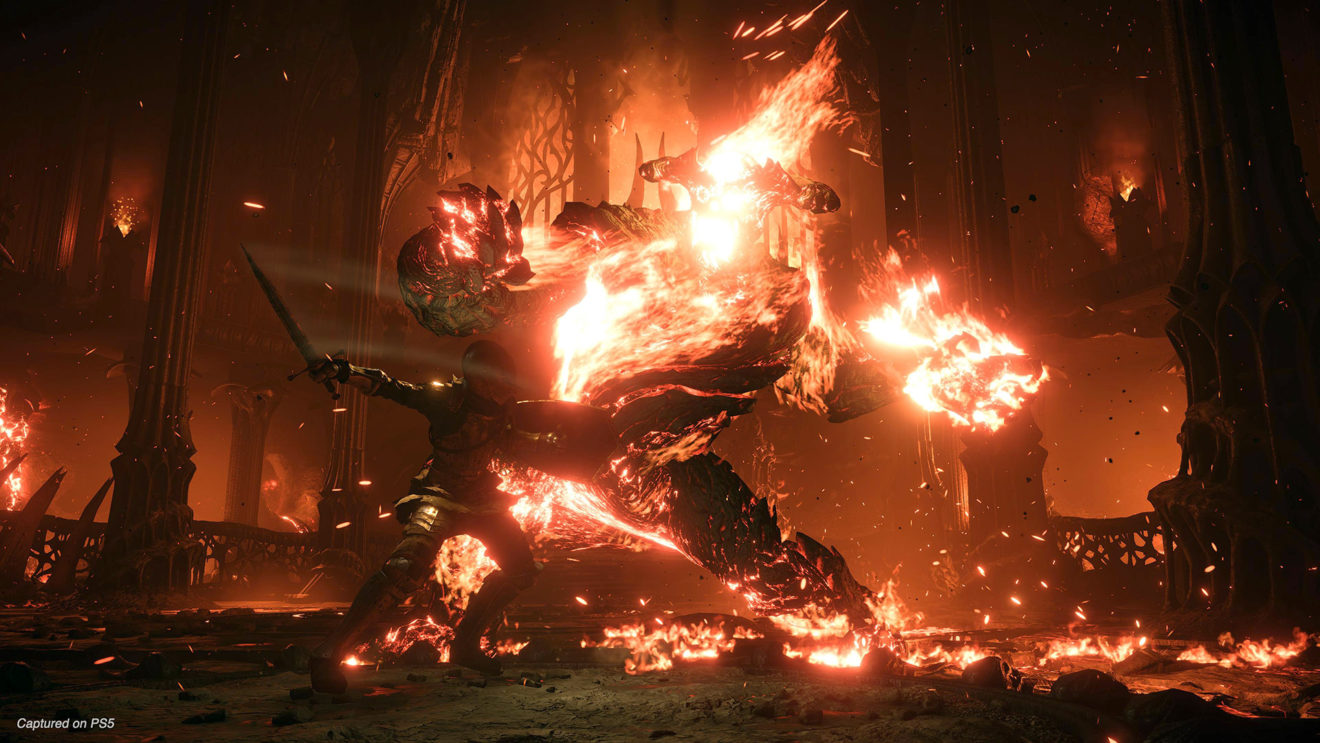 Sony has debuted five minutes of new footage from the upcoming PlayStation 5 remake of Demon’s Souls, showing off a more advanced area than anything we’ve seen to date.

The new footage focuses on the area of Stonefang, the realm accessible from the Archstone of the Burrow King. If it’s been a while since you played, that’s the one with all the subterranean tunnels and fiery monsters.

The gameplay isn’t continuous, instead jumping ahead at points to better showcase two memorable foes: the Armored Spider and the Flamelurker. At the end, there’s a short sizzle reel of other big moments from different areas, too.

The visuals in Bluepoint Games’ remake are, as you might expect, a world apart from the PlayStation 3 original. There’s an impressive level of detail, as well as convincingly next-gen lighting effects.

The real test will be the gameplay, since FromSoftware’s original remains a challenge and engrossing action RPG that set much of the template for its later Dark Souls series.

Demon’s Souls launches alongside the PlayStation 5 on November 12th.