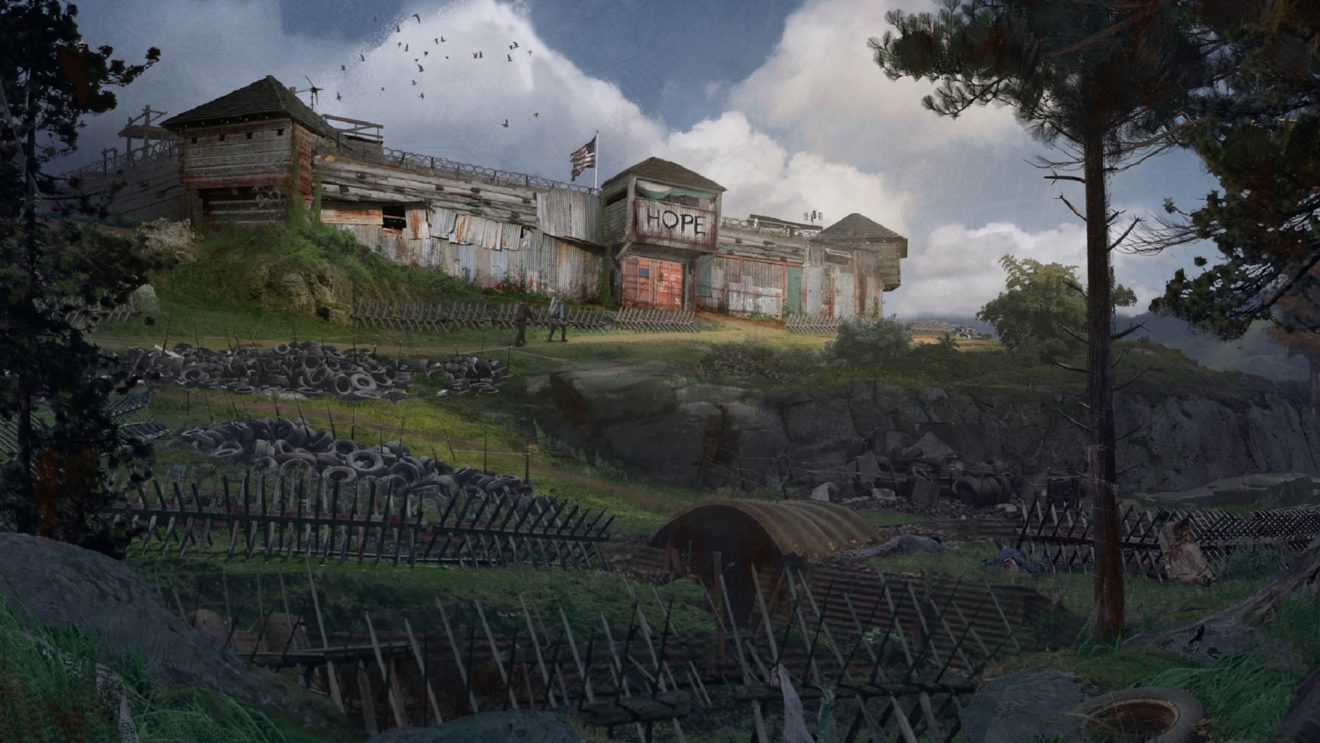 Turtle Rock Studios, the team behind Left 4 Dead and Evolve, has released a new piece of concept art for upcoming co-op zombie shooter Back 4 Blood.

The concept art, which can be seen below, shows a settlement surrounded by defenses and two human survivors approaching the entrance.

The game was officially announced last year in partnership with Warner Bros. Interactive Entertainment. According to the announcement, it is being “designed from the ground-up as an original, premium title and marries the best of what made the co-op zombie shooter so successful with new features and state-of-the-art technology.” Turtle Rock also mentioned at the time that the game will be a “premium, AAA title” that features both a campaign and PvP.

Back 4 Blood is in development for Xbox One, PlayStation 4, and PC. A release date has not been announced.