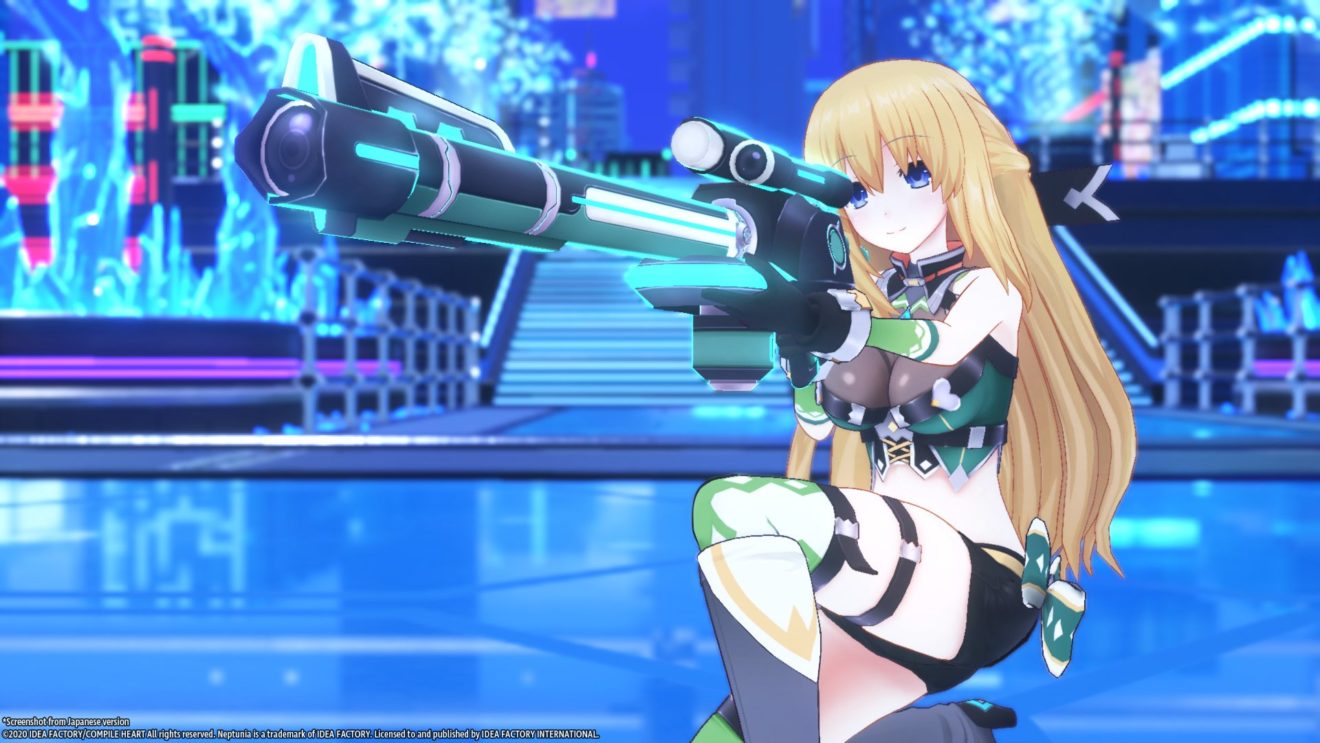 Hack-and-slash Neptunia spinoff VVVtunia will be released in the West for PlayStation 4 as Neptunia Virtual Stars, Idea Factory International has announced.

This latest entry in the series takes place in a dimension known as Virtualand, in which a commodity known as content is created. A group whose mission it is to destroy content, known as Anti, has targeted a planet in this dimension called EMO. This forces Virtual Goddess and leader of EMO, Fair, to send out a distress signal to multiple dimensions that is answered by VTubers Mi and Yu from Earth and the Goddesses of GameIndustri. The two groups decide to team up to take on Anti and save EMO.

The game features the ability to switch between melee and ranged characters on the fly during battle and team up with real-life virtual YouTubers in rhythm game performances. Virtual Stars also includes special background music that can help or hurt players during special boss battles.

Neptunia Virtual Stars is scheduled to launch for PlayStation 4 in 2021.