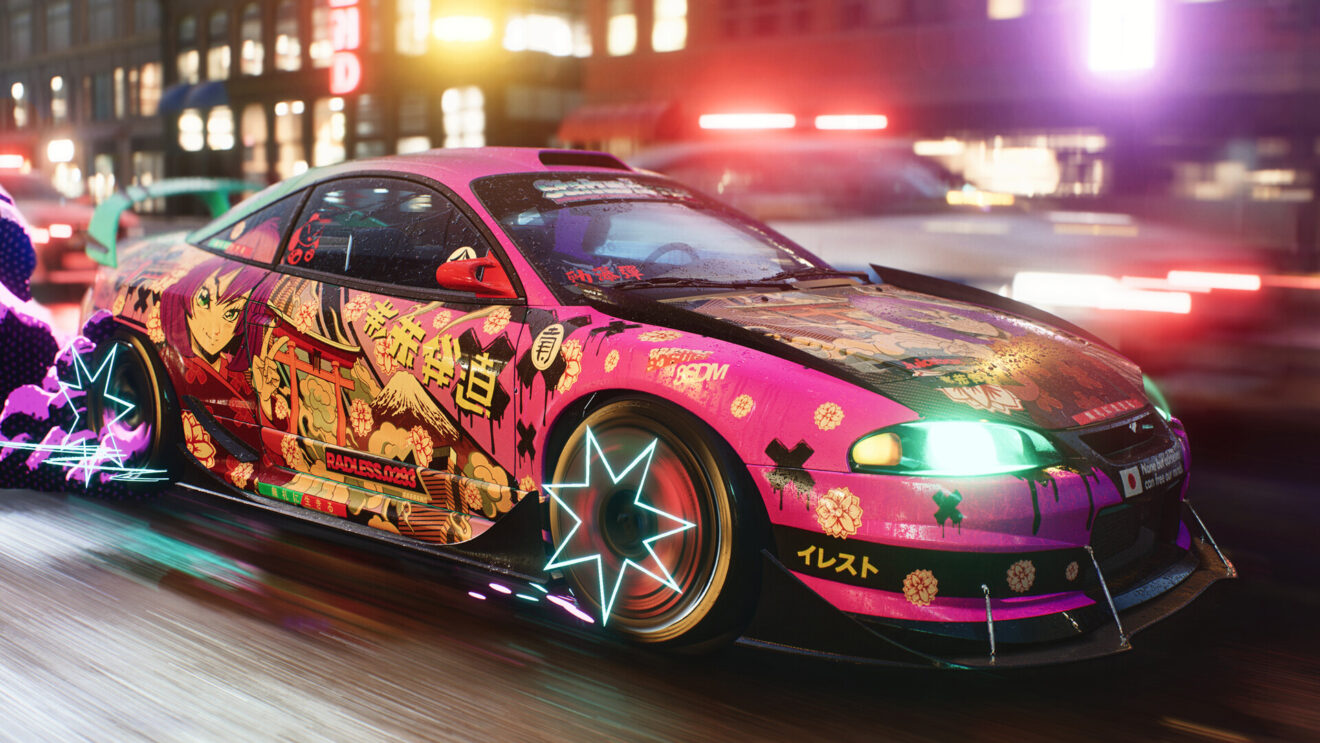 EA has unveiled the next entry in the Need for Speed franchise—and it’s definitely not another forgettable racer.

As previous leaks indicated, Need for Speed Unbound features a distinctive visual style. EA touts the “most realistic looking cars” in series history—but they’re paired with cartoon drivers and dramatic visual effects inspired by street art. Yes, your tires can throw up anime-style smoke trails, and your car can sprout wings when you take a sick jump.

It’s certainly not the most expected approach (leaks aside), but it kind of looks… neat? There’s a sort of Into the Spider-Verse energy to it that works well enough in the footage EA has shown so far—but that doesn’t mean it’ll hold up in the full game.

You can see the odd combo in action for yourself in the debut trailer, which features a new track from A$AP Rocky (who will also appear in the game’s story mode and served as a creative consultant on the game).

Gameplay-wise, Unbound clearly takes inspiration from Need for Speed Underground and its sequel, with players competing in street racing events to become the best in the city. But it also borrows the open-world approach—this time in the fictional city of Lakeshore—and the police pursuits from some of the later games in the series. The big new addition behind the wheel is “Burst Nitrous,” a boosting ability you can charge up by driving stylishly.

There’s a full single-player campaign (with a story centered around winning back a car that was stolen from your family), as well as multiplayer features, though details are still scarce on the latter front. You’ll also be able to customize the appearance of your car, driver, and those graffiti-inspired visual effects.

EA has already published the game’s car list, which features 143 different vehicles (rides? whips?). If you’re wondering about diversity, there’s the 1975 Volvo 242DL and the 2018 McLaren 570s Spider—so a pretty wide range of cars, there.

Need for Speed Unbound launches on PlayStation 5, Xbox Series X/S, and Windows PC on December 2nd. EA Play members can get a 10-hour trial a few days early, on November 29th. The pricier Palace Edition will be out on that same earlier date, though it sounds like only on PC, and only for EA Play Pro subscribers.

Josh Harmon
Josh picked up a controller when he was 3 years old and hasn’t looked back since. This has made him particularly vulnerable to attacks from behind. He fell in love with EGM during the Dan Hsu era, so joining the magazine as an intern way back in 2012 felt like a dream come true. Now, as Editorial Director, he’s excited to lead EGM somewhere new.
Share