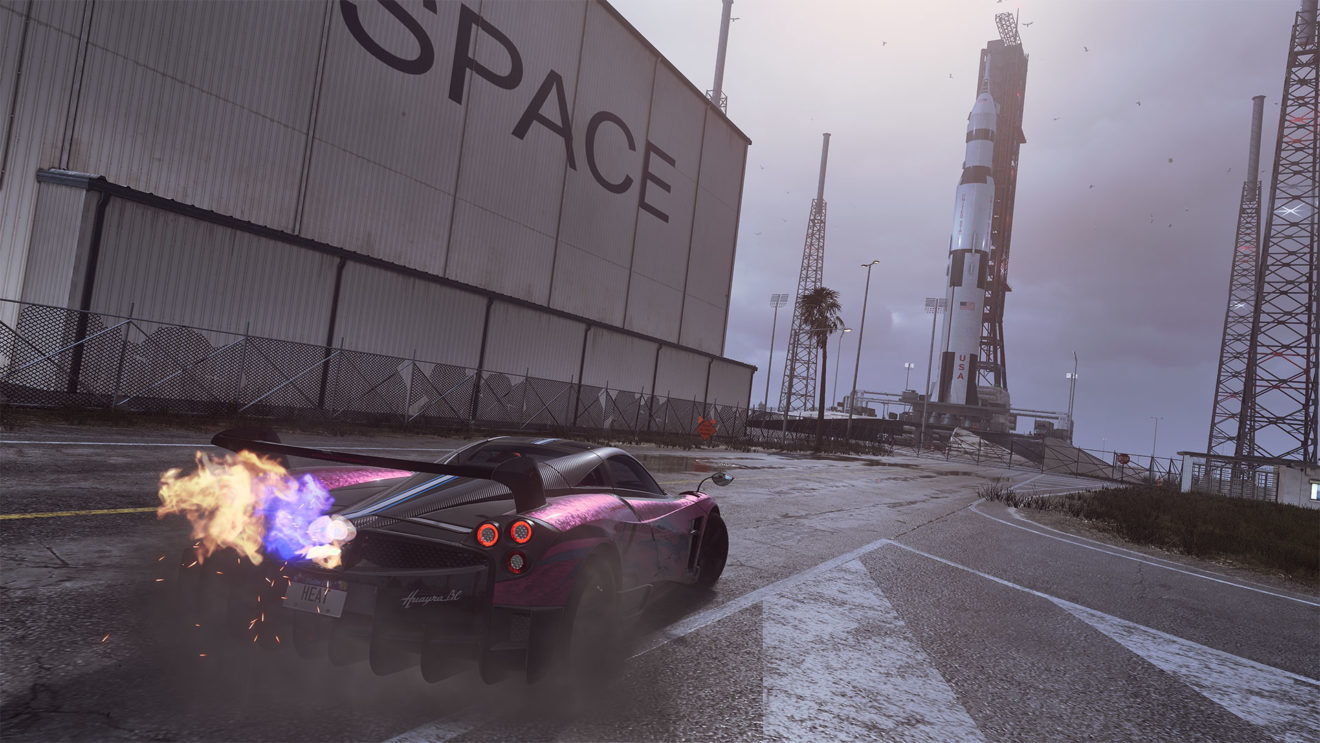 Ghost Games has delivered a new update for Need for Speed Heat that adds a couple of new features and quality of life improvements.

Following the update, players can finally use a steering wheel with the game. The developer added that it has tested a number of steering wheels, but “a few others” that have not been tested “might also work.” A full list of tested wheels can be found in the patch notes.

Players can also now access the chat wheel to send quick messages to other players. The wheel is based on the emote wheel from Need for Speed Payback and allows players to send pre-made messages to crew members and rivals.

Another new addition is the Keys to the Map. This real-money purchase will display all collectibles on the map once a player reaches the required REP level for them. Using the Keys to the City, players can easily find Gas Stations, Safe Houses, Billboards, Street Art, Flamingos, and more.

In addition to the above, Gas Stations will now fully repair a vehicle when driving through them. Read the full patch notes here.

Need for Speed Heat is available now on Xbox One, PlayStation 4, and PC.