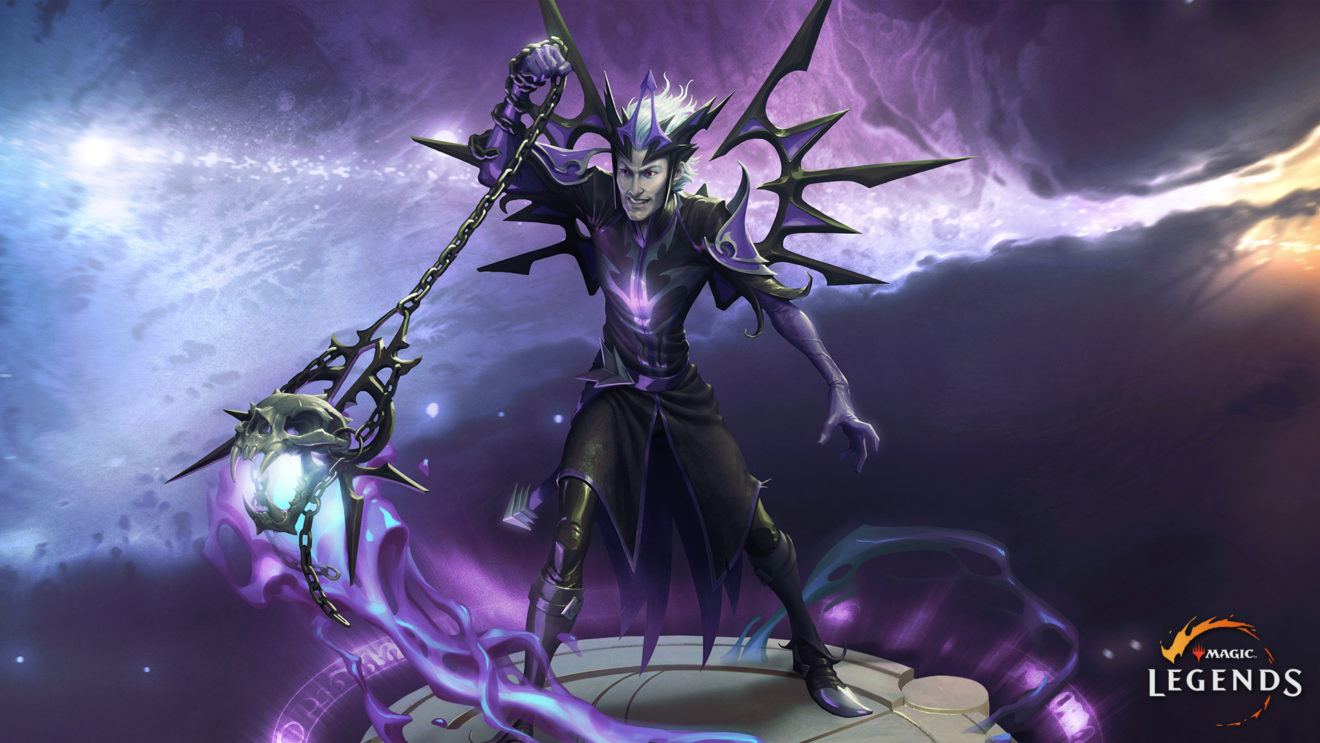 The Necromancer will be one of the five starting Planeswalker classes in Magic: Legends at launch, publisher Perfect World Entertainment and developer Cryptic Studios have announced.

“The Necromancer is incredibly resourceful and focused on acquiring might however they can,” the developer explains. “They use the potency of darkness to raise minions from the dead, manipulate the flow of life energy, and make sacrifices in order to benefit their party during combat encounters. Thematically, Liliana Vess, one of the strongest and most popular Planeswalkers of all time, served as an inspiration for the power design.”

The Necromancer’s abilities include Grim Siphon, a mid-range lashing attack that drains life from foes over time, and Grave Upheaval, a damage-dealing ability that summons two skeletons. The class also has a utility ability called Soul Wither that applies a slow and a damage over time effect to nearby enemies.

“Playing the Necromancer gets interesting when the player finds the perfect balance of gain and loss to sustain their pendulous cycle of decay and rebirth,” Cryptic added. “For example, a player can summon several creatures, spend life to draw a spell, and then sacrifice one of their creatures as fodder to simultaneously heal the player and buff another of their summoned creatures.”

Magic: Legends is scheduled to launch in 2021 for Xbox One, PlayStation 4, and PC.