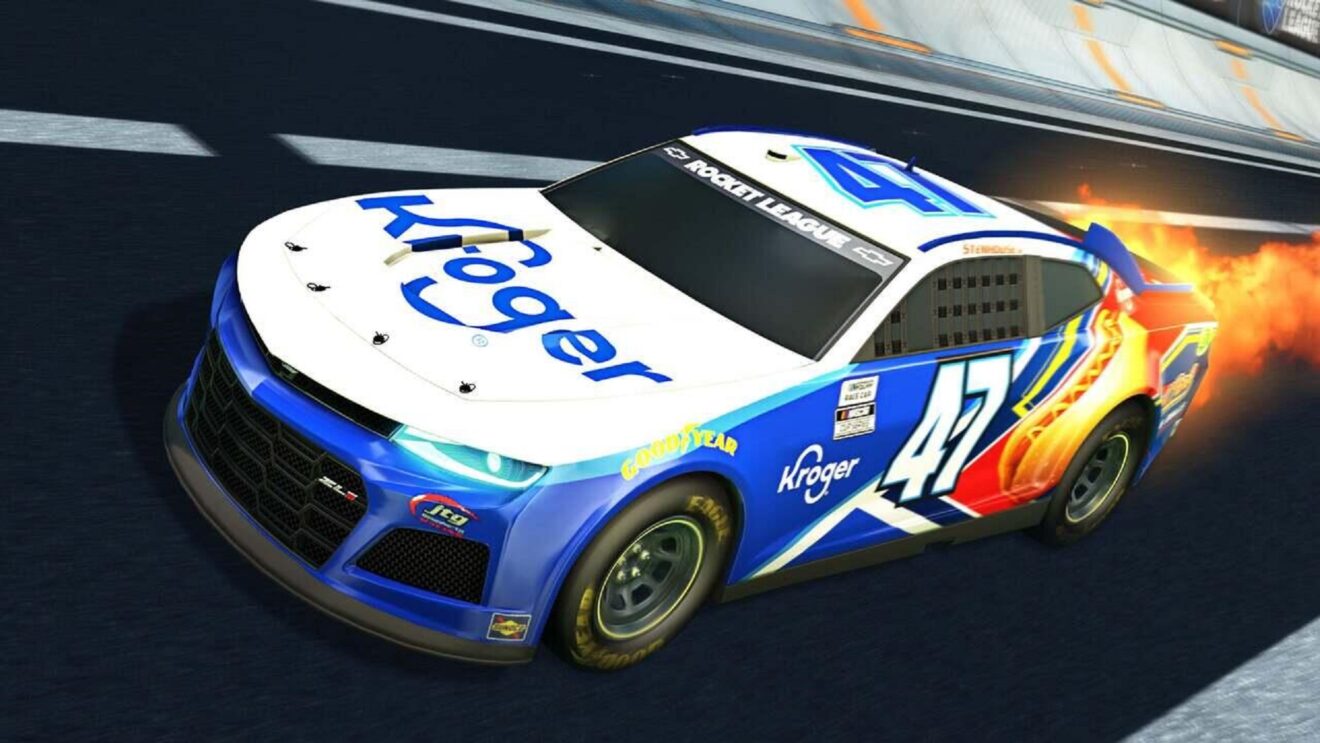 Psyonix has brought back the NASCAR 2021 Fan Pack to Rocket League with decals for five more teams.

The Fan Pack was originally released back in May for 2,000 Credits and included the NASCAR Ford Mustang, NASCAR Chevrolet Camaro, NASCAR Toyota Camry Battle-Cars as well as decals and player banners for nine teams. The pack’s return is accompanied by additional decals and players banners for the following five teams:

Players who already own the bundle can head to the “Bonus Bundle” tab in the Item Shop and hit the redeem button to get the five new decals and player banners for free. The Fan Pack will be available from the Item Shop for 2,000 Credits until November 10th.

Finally, players can grab the new NASCAR Logo Player Banner for free from the Item Shop.