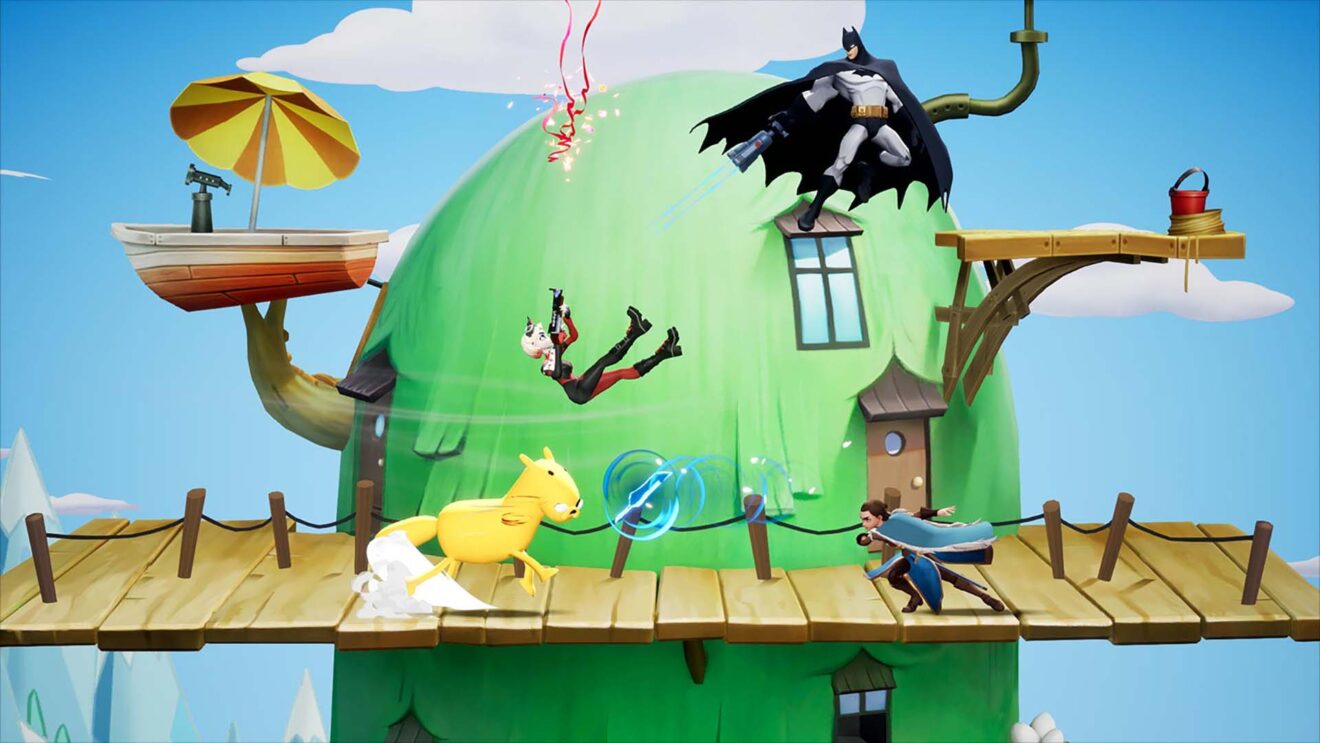 Warner’s Bros. has confirmed rumors that it’s developing a Smash Bros.–style crossover fighter with an official reveal. The game, called MultiVersus, is coming as a cross-play, free-to-play release from Player First Games next year. As expected, the game will bring in characters from the DC Universe, Looney Tunes, and other WB properties.

The debut trailer gives us a pretty solid look at gameplay. Take a look.

Warner Bros. and Player First are already promising that more reveals are on the way. In addition to any characters announced before launch, the roster will also be “ever-expanding.”

“[M]any more characters will be continually added to MultiVersus,” the official FAQ reads. “The game will also have upcoming content-filled seasons for players to enjoy.”

Notably, Player First is touting the game as more teamwork-focused than other efforts in the genre, specifically spotlighting a 2v2 mode. Four-player free-for-all and 1v1 options will also be available, however, with the developer saying it will announce more modes closer to launch. The studio also promises “dedicated server-based rollback netcode” to make sure online matches are as smooth and lag-free as possible.

MulitVersus launches in 2022 on PlayStation 5, Xbox Series X/S, PlayStation 4, Xbox One, and Windows PC. You can sign up for a chance to join playtests on the game’s official site.