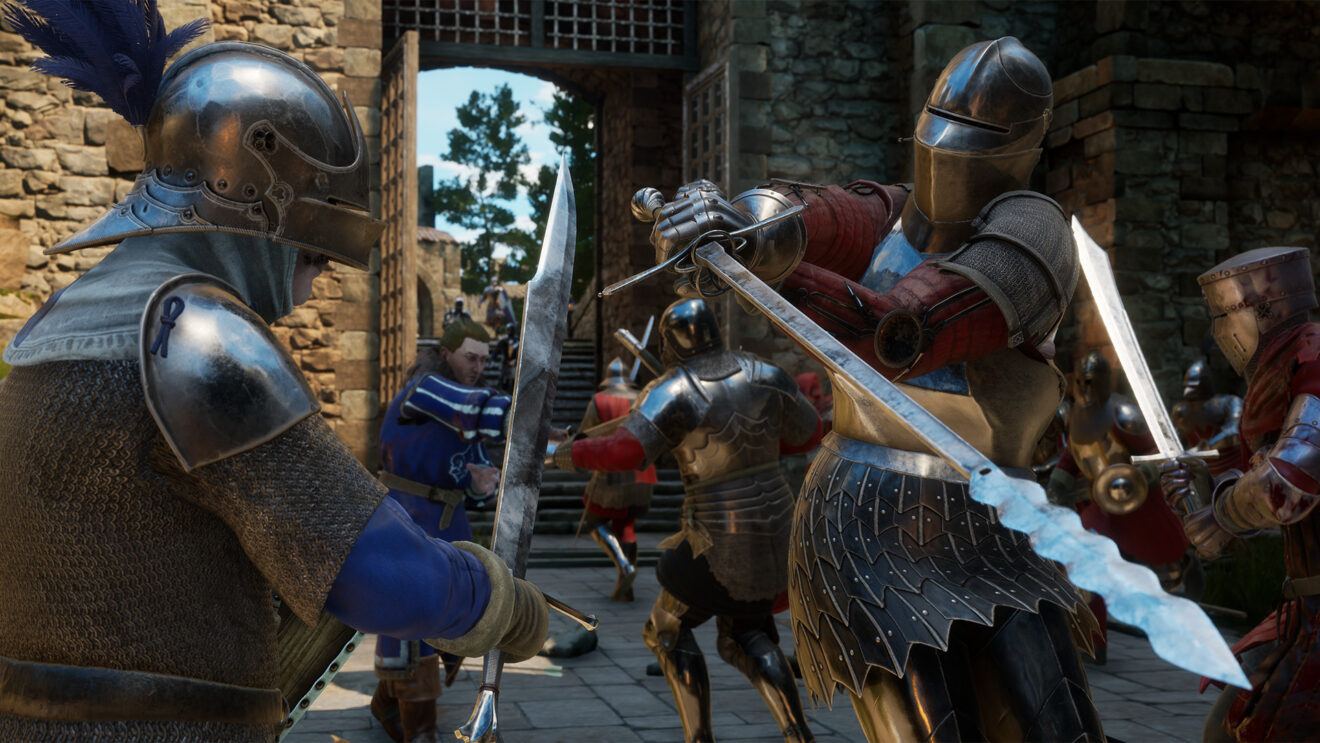 Up to 64 players can enter the battlefield and fight using a combination of melee and ranged attacks across a number of game modes. Fight in large-scale battles with attack and defense in Invasion, battle for territory in Frontline, and defend the noble in Horde. Watch the announcement trailer below:

Triterinon also announced that the game will support cross-platform play. However, it will only be between PlayStation and Xbox, with PC players being left in their own multiplayer pool.

Mordhau is available now on PC, and is coming soon to PlayStation 5, Xbox Series X/S, PlayStation 4, Xbox One, and PC.