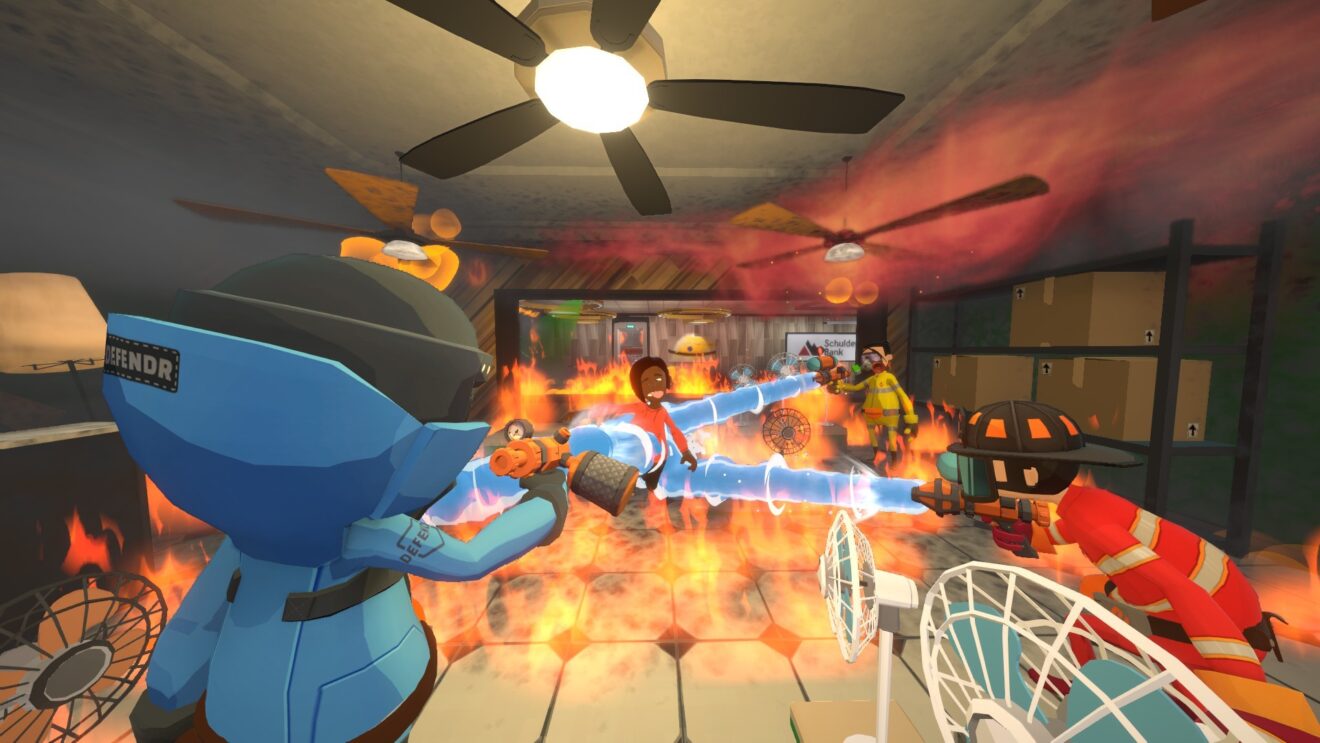 Players will be tackling fires for clients either solo or as part of a team online to earn tips from clients and aim for a five-star rating. By completing jobs, players can earn cash that can be used to buy new tools and upgrade their existing ones.

If players get bored of firefighting, they can deliver food through Embr Eats, become a Box Box delivery expert, or join Gaslight Inc. as a safety engineer.

“If anyone is expecting Embr to be a realistic depiction of an average day in the life of a firefighter, then they’re in for a big surprise,” Howard Tsao, Team Lead at Muse Games, said. “Embr is the ultimate have-a-go-hero adventure, where everyone from the paper boy to the Gran who lives at the end of your street could fill their day by coming to save you from a blaze in your house – even if that means throwing you out the window in the process. In Embr, the ends justify the utterly manic means.”