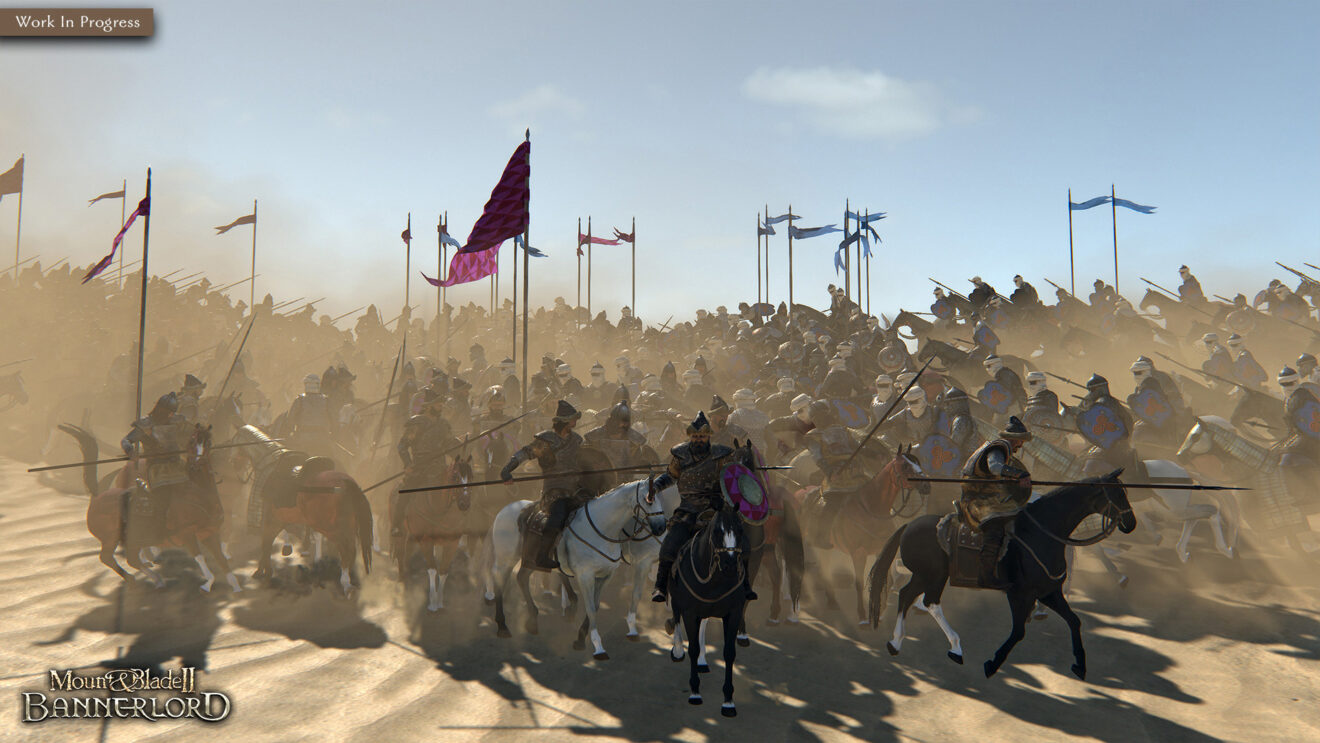 The game is set 200 years before Mount & Blade: Warband and lets players “explore, raid and conquer your way across the vast continent of Calradia.” Create a character, raise an army, and lead them into battle.

Players can also expect a realistic economy with prices that fluctuate based on supply and demand, mod support, and several multiplayer modes that range from small skirmishes to massive sieges.

“These two years have been a long and challenging road,” Armagan Yavuz, CEO of TaleWorlds Entertainment, said. “Developing a massive and complex game such as Bannerlord, for several platforms, and in the middle of a pandemic, is no easy task – and I’m incredibly proud of our team for its relentless, brilliant work.

“Despite the challenges, it’s also been a rewarding path: we’ve found many synergies that we weren’t initially expecting between consoles and PC, synergies that have made the game grow and be better than it would have been in other circumstances. We’re looking forward to putting the game in the hands of our amazing community, which has been supporting us in consoles since Warband.”