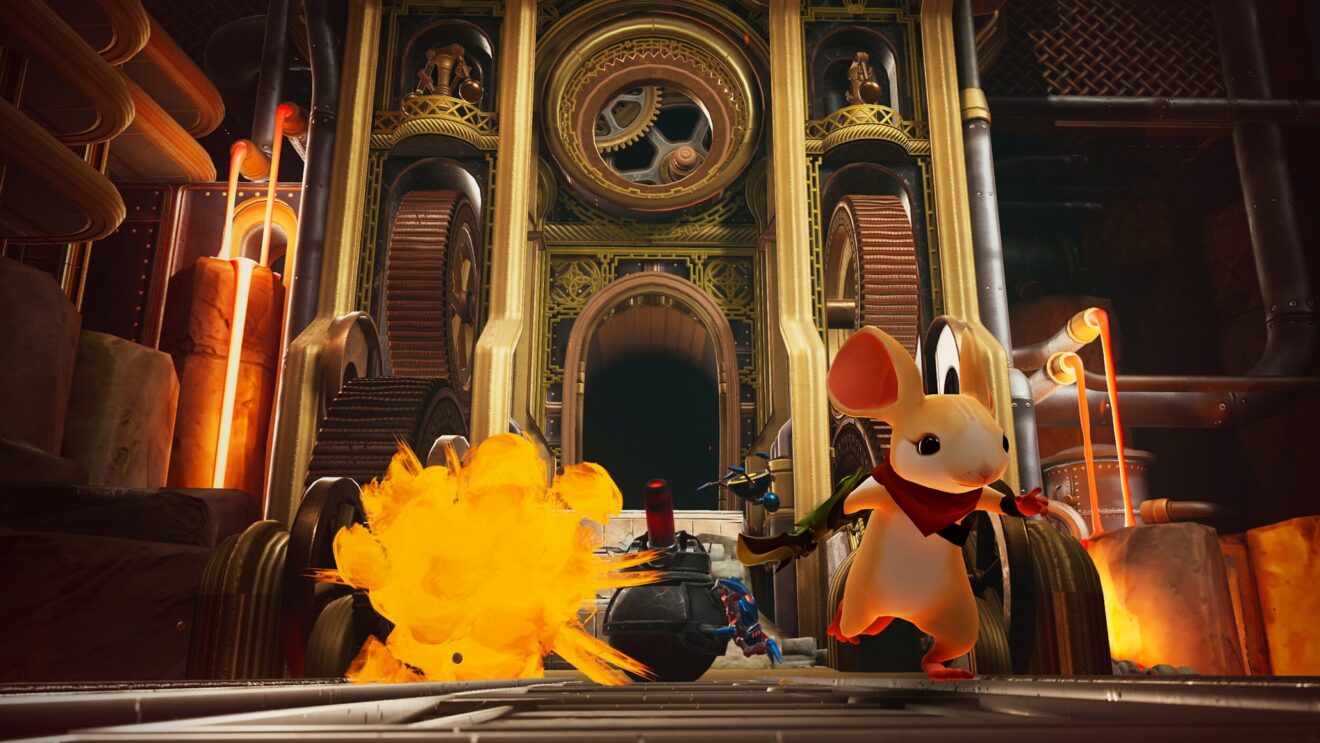 In addition to revealing the release date, Polyarc’s principal engineer and design director, Josh Stiksma, got together with PlayStation’s content communication managers Justin Massongill and Tim Turi to show off an extended look at the game. The 12-minute gameplay video below offers a look at just a few of the environments, enemies, and challenges that players will encounter during Quill’s latest adventure.

The video opens with Quill in the gardens just outside the castle and shows off a new player ability that lets them grow vines and Quill’s new ability to climb them and reach high ledges. The garden is also home to a new enemy type known as a Ripper, which players can wind up and release to destroy things. Later on, we get to see the Foundry beneath the castle where Arcane weapons are forged, the new hammer weapon, and the Bomber enemy.

“The journey in Moss: Book II will be trying—filled with triumph and heartbreak alike—which is why Quill needs you by her side more than ever. Your adventure will be grander than before,” Stiksma added in a PlayStation Blog post. “Filled with more emotion. More interaction. More challenges. It won’t be easy, but saving the world never is.”