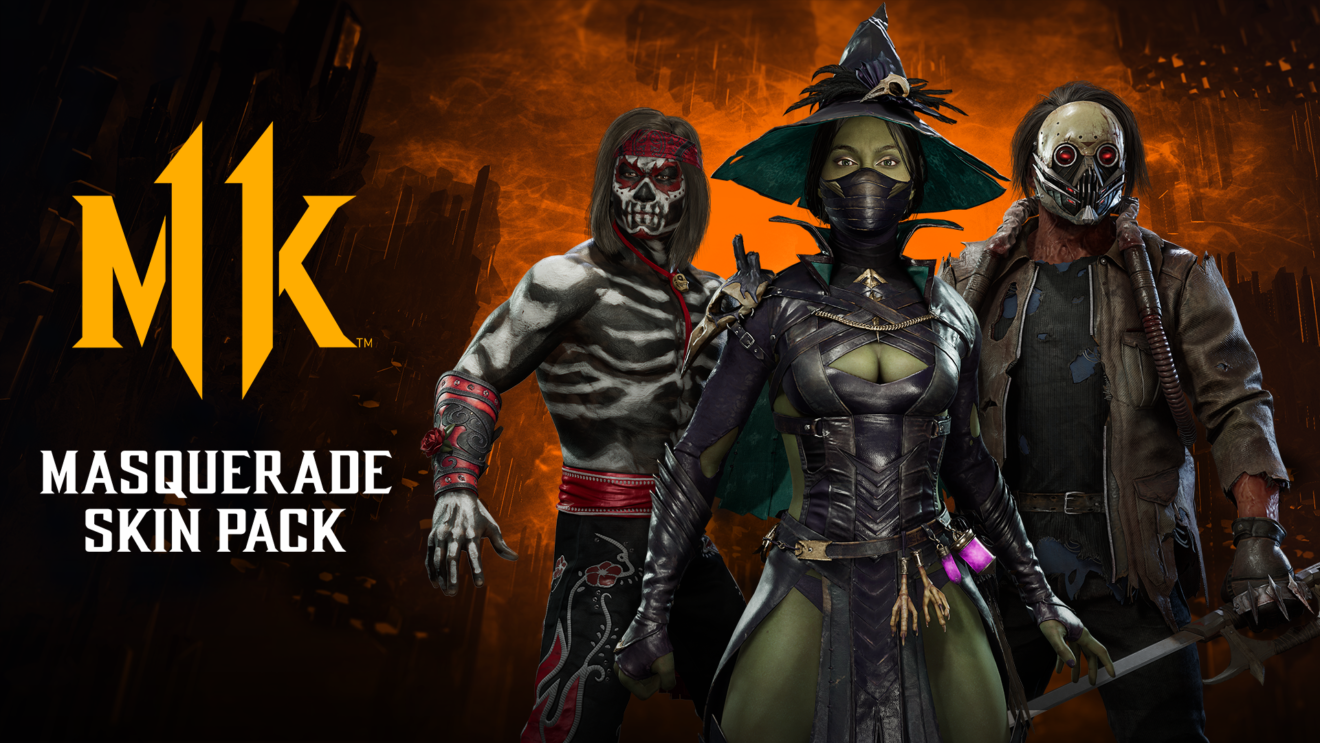 Warner Bros. Interactive Entertainment and NetherRealm Studios have announced that a Halloween-themed event will kick off in Mortal Kombat 11 next week.

The event will run from October 25th through November 1st and introduces four new boss fights to the game. These four fights feature Halloween-themed modifiers that include flying witches and bats, falling pumpkins, rising gravestones, and black cats. During the event, players can earn new Brutalities, Halloween-specific consumables, player module pieces, and other in-game rewards.

In addition to announcing the event, a new Masquerade Skin Pack has been released that includes new skins for Jade (Wicked Witch Jade), Kabal (Psyko Killer Kabal) and Liu Kang (Calavera Liu Kang). The pack is available now for $5.99.

Finally, the new Team Raid multiplayer mode will be released tomorrow via an update. Team Raid introduces a new Tower to the Towers of Time mode that sees two or three players working together to complete group challenges and defeat a boss to earn rewards.