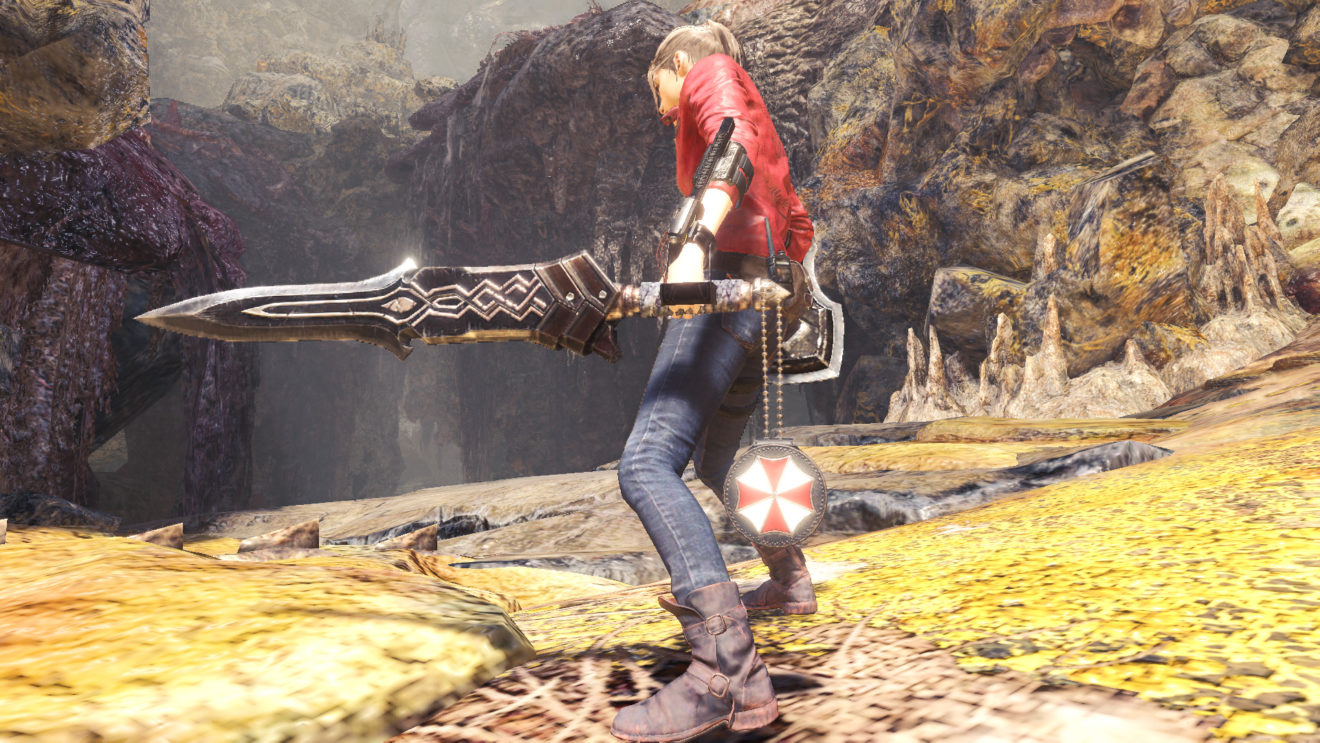 During the Raccoon City event, players will be able to obtain materials by completing an event quest that can be used to craft Leon α+ and Claire α+ layered armor sets and three Raccoon City-themed pendants. There are also two new gestures and several themed decorations for players to earn, including a typewriter that lets players save game progress.

In addition to the above, players can pick up “The Handler’s Terrifying Tyrant” paid DLC costume, which transforms the player’s handler into Resident Evil’s Tyrant.

Capcom also revealed that Monster Hunter’s Horizon Zero Dawn: The Frozen Wilds collaboration will begin on November 21st. Completing quests during the event will reward the materials needed to craft a Light Bowgun based on Aloy’s Stormslinger Prototype and a Pendant based on Aloy’s Focus. A second part of the collaboration is due to release in December that will let players craft a full armor set based on the Shield-Weaver armor from Horizon Zero Dawn, upgrade the Stormslinger weapon, and upgrade the weapon and armor from Monster Hunter: World’s Horizon Zero Dawn event.

Monster Hunter World: Iceborne is available now on Xbox One and PlayStation 4. A PC release for the expansion is scheduled for January.