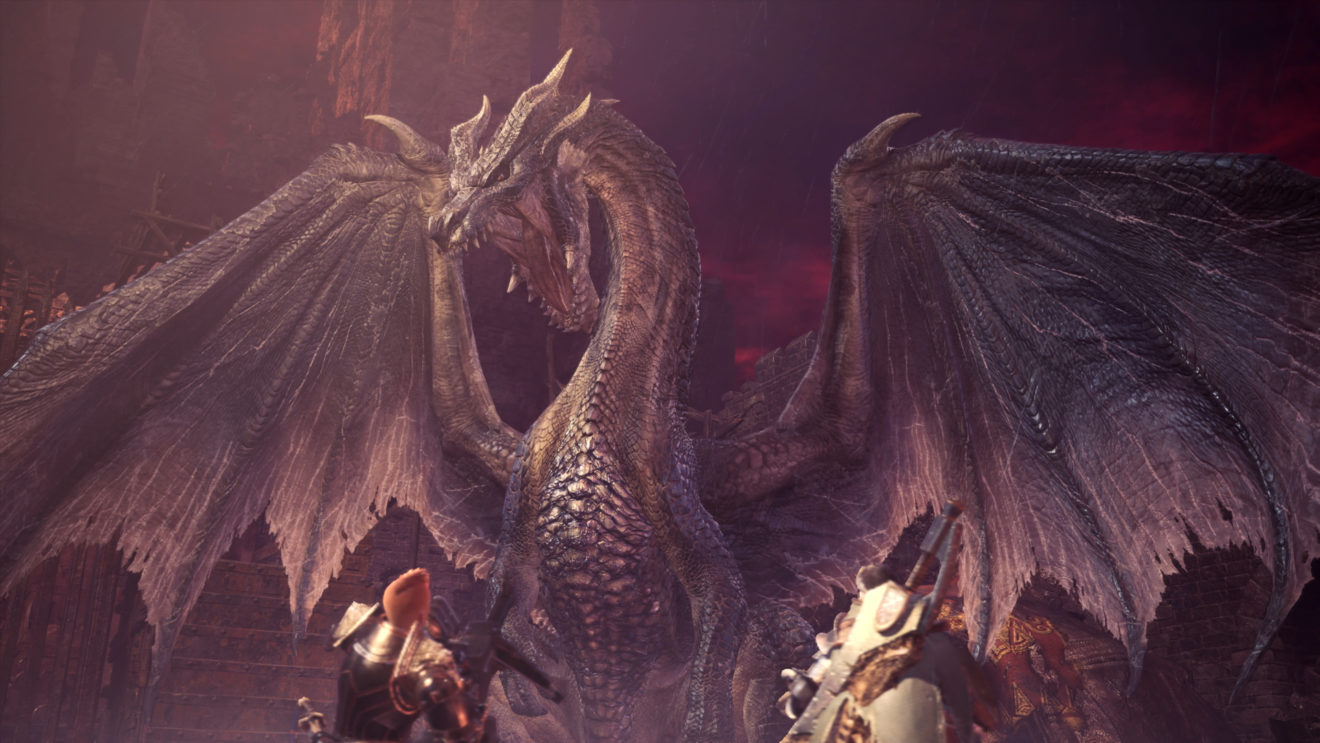 The fifth and final update for Monster Hunter World: Iceborne is bringing back one of the series’ most iconic Elder Dragons, Fatalis, when it launches on October 1st.

Take a look at Fatalis in action:

As the developers explain in a video diary, Fatalis appeared in the very first Monster Hunter irregularly as an online event. Iceborne will allow players to take on the Elder Dragon more regularly at Castle Schrade, beautifully reimagined in an MT Framework engine that’s pushing it to the limits. The castle itself is also equipped with stationary weapons that Hunters can use to fight Fatalis.

The new equipment that Hunters will be able to forge by defeating Fatalis is a stunning rework of the old Dragon set. Palicoes will also get in on the action, with a new set that basically turns the felines into mini-Fatalises.

Fatalis will arrive with a pretty sizable system update, unlocking all layered armor sets, new items to meld, and the Clutch Claw Boost skill, which will have different effects based on what weapon type you’re using.

The dev diary also gave a sneak preview of the next seasonal event, Fun Fright Fest, which is planned for October. There will be special Pelico armor and spooky-themed costumes for Iceborne owners.