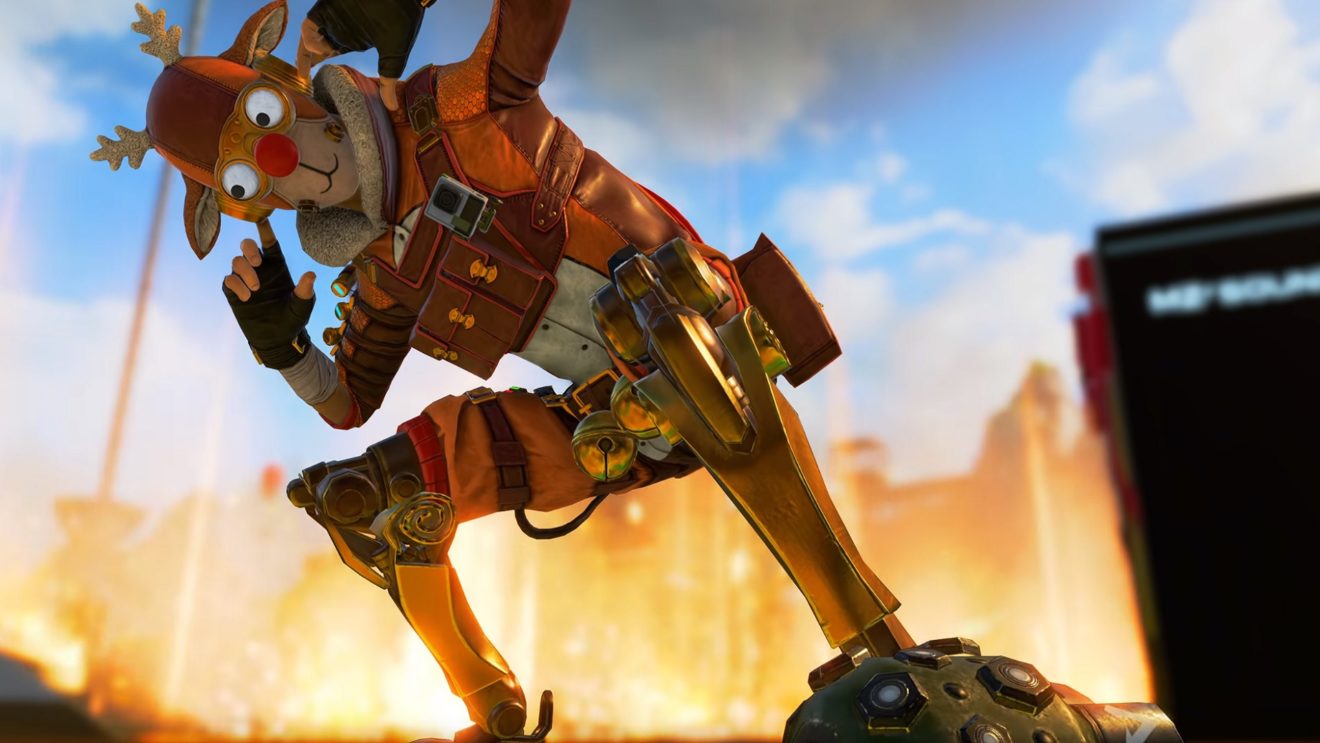 Respawn Entertainment has kicked off the festive Mirage’s Holo-Day Bash event in Apex Legends on all platforms.

During the event, players can take part in a new limited-time mode called Winter Express. This non-battle royale mode sees three squads of three players competing to capture the World’s Edge train. Each player will spawn with a pre-determined loadout and defeated players will respawn every round.

Players can also complete a number of challenges to earn exclusive items, including a music pack, a badge, a loading screen, a gun charm, and two legendary weapon skins.

As well as the above, The Mirage Voyage, Mirage’s party boat, has arrived in World’s Edge and there are 24 themed limited-time cosmetics to unlock via either direct purchase, crafting, or Even Apex Packs. Players who manage to collect all 24 will be rewarded with a new Heirloom set for Pathfinder.

Finally, from December 13th through December 16th, players can earn double XP on all XP gained, except for Battle Pass challenge star rewards.