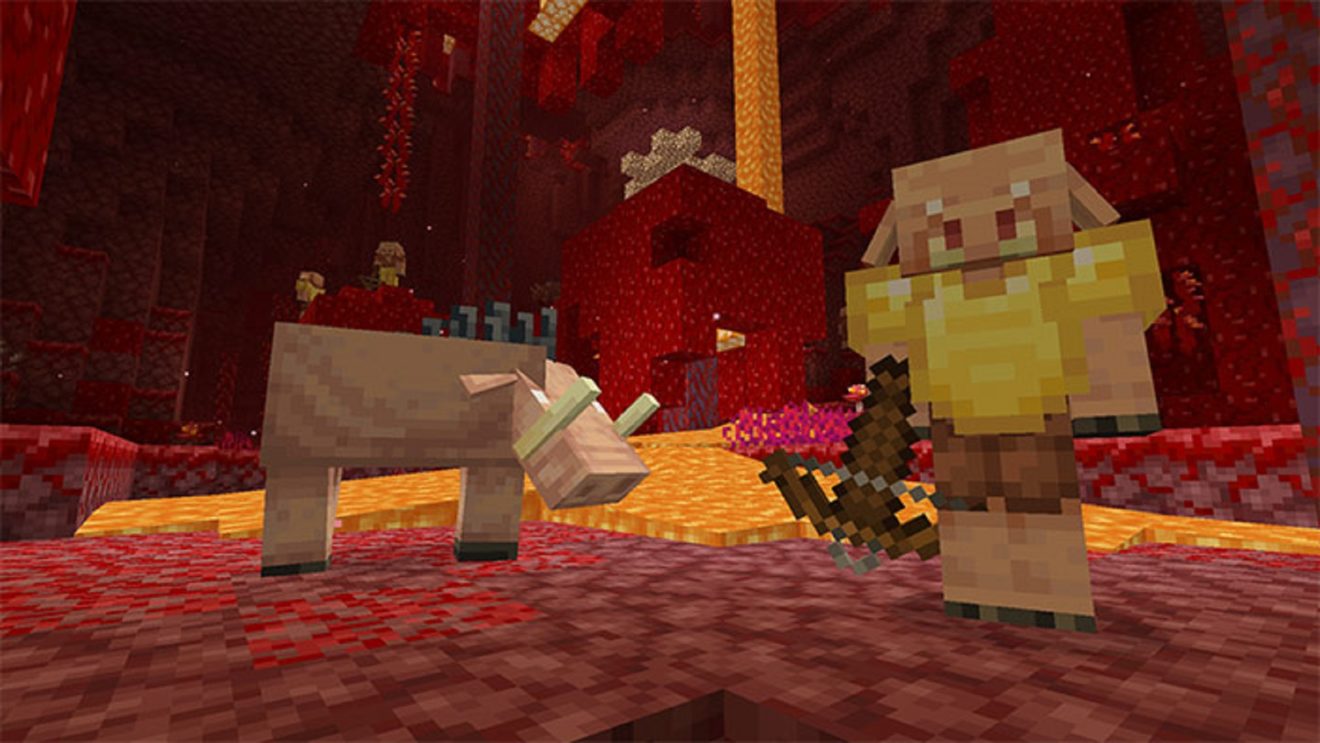 Minecraft’s Nether Update will be live on all platforms from June 23rd, developer Mojang has announced.

The upcoming update will overhaul the Nether with new biomes, mobs, blocks, and more. To start with, players will meet the new Piglins faction who are friendly and can be bartered with unless they are angered in any way. In addition to Piglins, players have to deal with new Hoglin enemies.

Next week’s update also introduces the Target Block for long-range Redstone switch activation and a new type of material that is the strongest in the game called Netherite. Read more about the upcoming update here.

The Nether Update launches June 23rd on Xbox One, PlayStation 4, Nintendo Switch, iOS, Android, and Windows 10. The update will also be added to the Java version of the game on the same day.