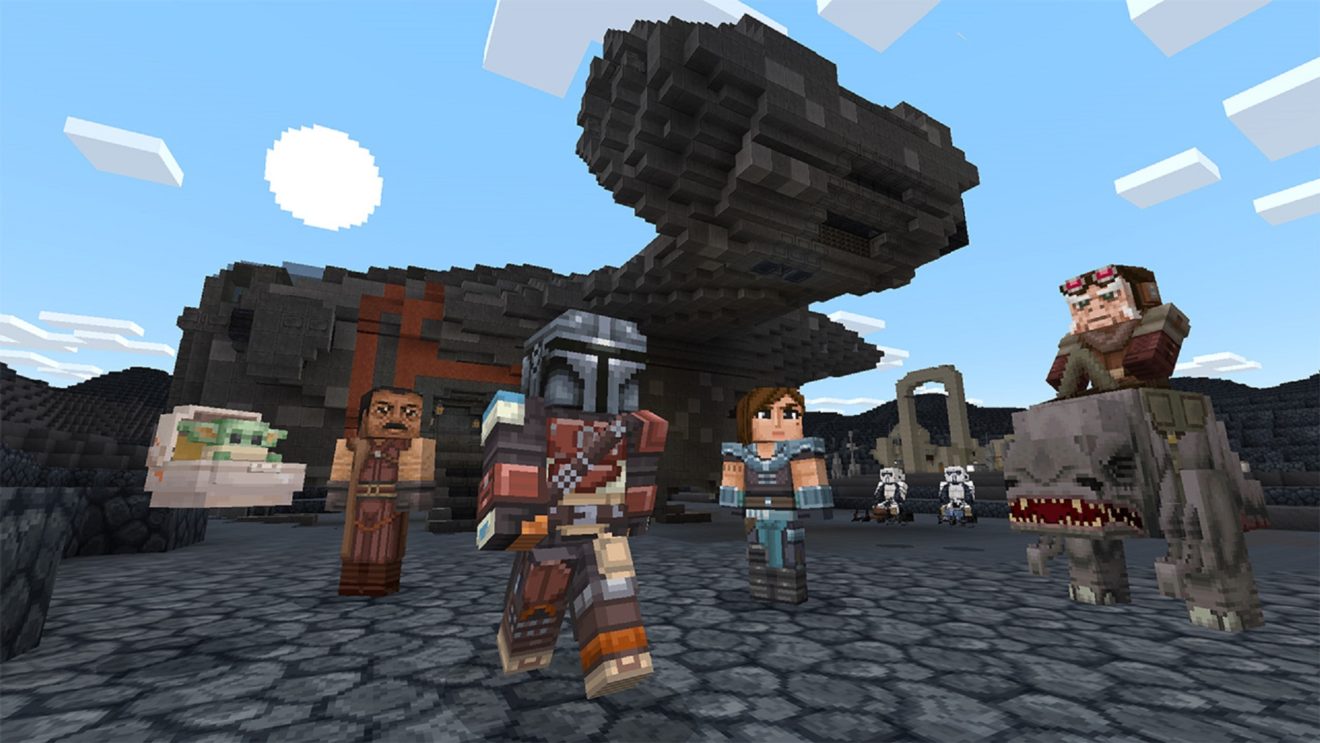 Minecraft Star Wars DLC includes The Mandalorian and The Child

Mojang, 4J Studios, Disney, and Lucasfilm have teamed up to release the Star Wars DLC for Minecraft.

This latest pack is available now from the Minecraft Marketplace and includes content from A New Hope, The Empire Strikes Back, Return of the Jedi, and The Mandalorian spread across 12 different planet dioramas. In addition to familiar Star Wars locations, the DLC contains dozens of skins including the Mandalorian, Darth Vader, Luke Skywalker, Cara Dune, and more.

Players will also be getting mobs and items reskins, a themed UI, a licensed soundtrack, and a construction kit that can be used to create scenes.

The Star Wars DLC can be purchased from the Minecraft Marketplace for 1340 Minecoins.