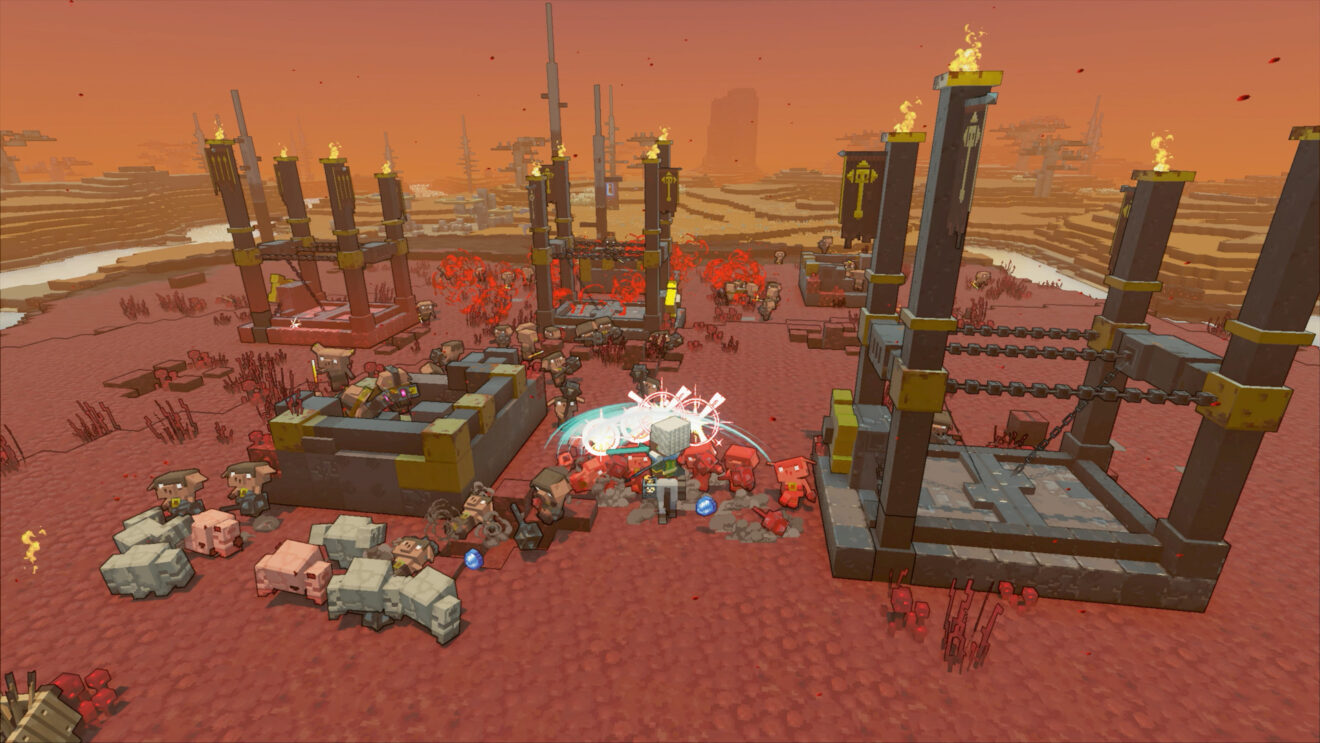 The trailer shows just how much of a threat the piglins can be as they begin spreading their Nether corruption across the Overworld. We see the player character join forces with an army of familiar mobs and new golems to take the fight to the piglins and push them back.

As previously announced, the game will have support for online campaign co-op and competitive multiplayer.

Minecraft Legends is scheduled to release in 2023 for PlayStation, Xbox, Nintendo Switch, and PC. The game will also be included in Game Pass from day one.