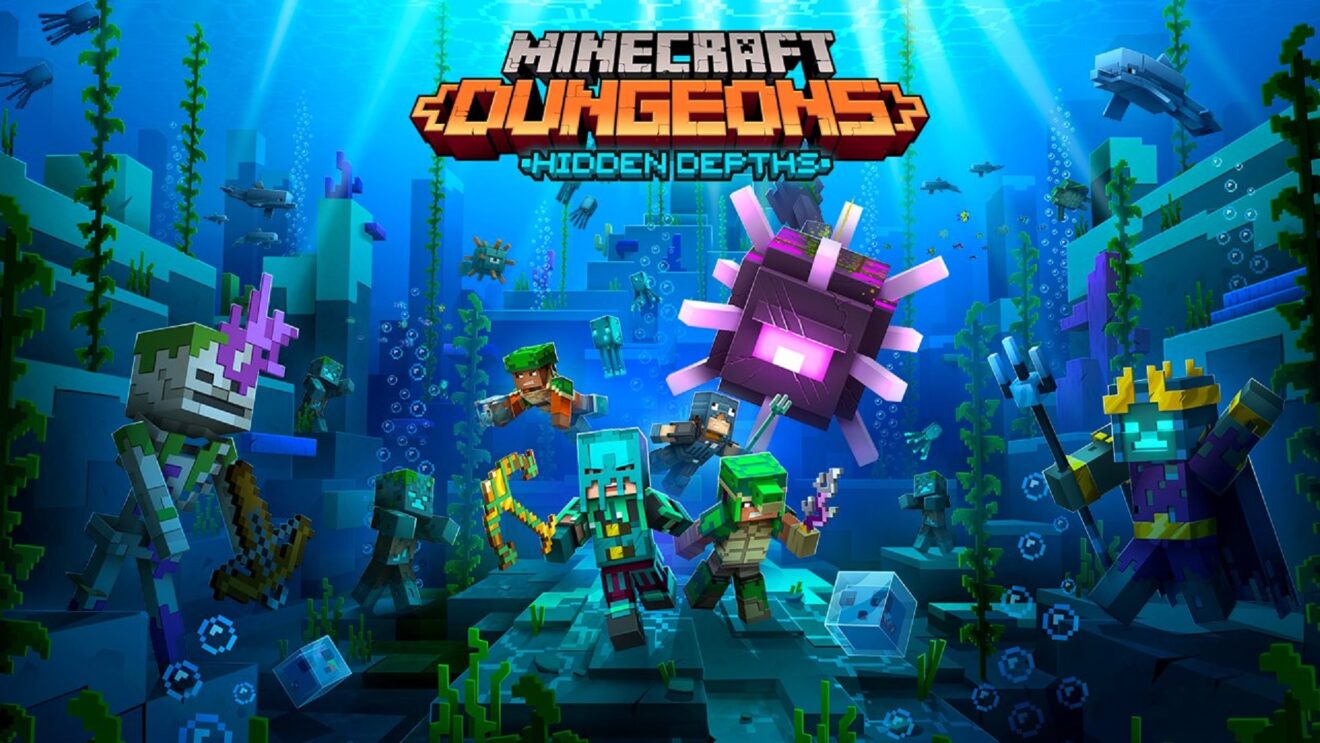 Minecraft Dungeons’ next DLC, Hidden Depths, will be released on May 26th, Mojang has announced.

The upcoming content will task players with fighting a spreading corruption that has reached “the darkest depths of the ocean.” Hidden Depths is the third part of the game’s second season pass, which includes the previously released Howling Peaks and Flames of the Nether DLCs and a fourth, yet-to-be-announced DLC.

Accompanying the Hidden Depths will be an update that includes three new enchantments, new levels, and a new feature called Raid Captains. These new powerful enemies can be found lurking in hidden corners of the world and hold new treasures for players to obtain.

In other news, an update was recently released for Minecraft Dungeons that introduced support for cross-platform progression between consoles and PC.