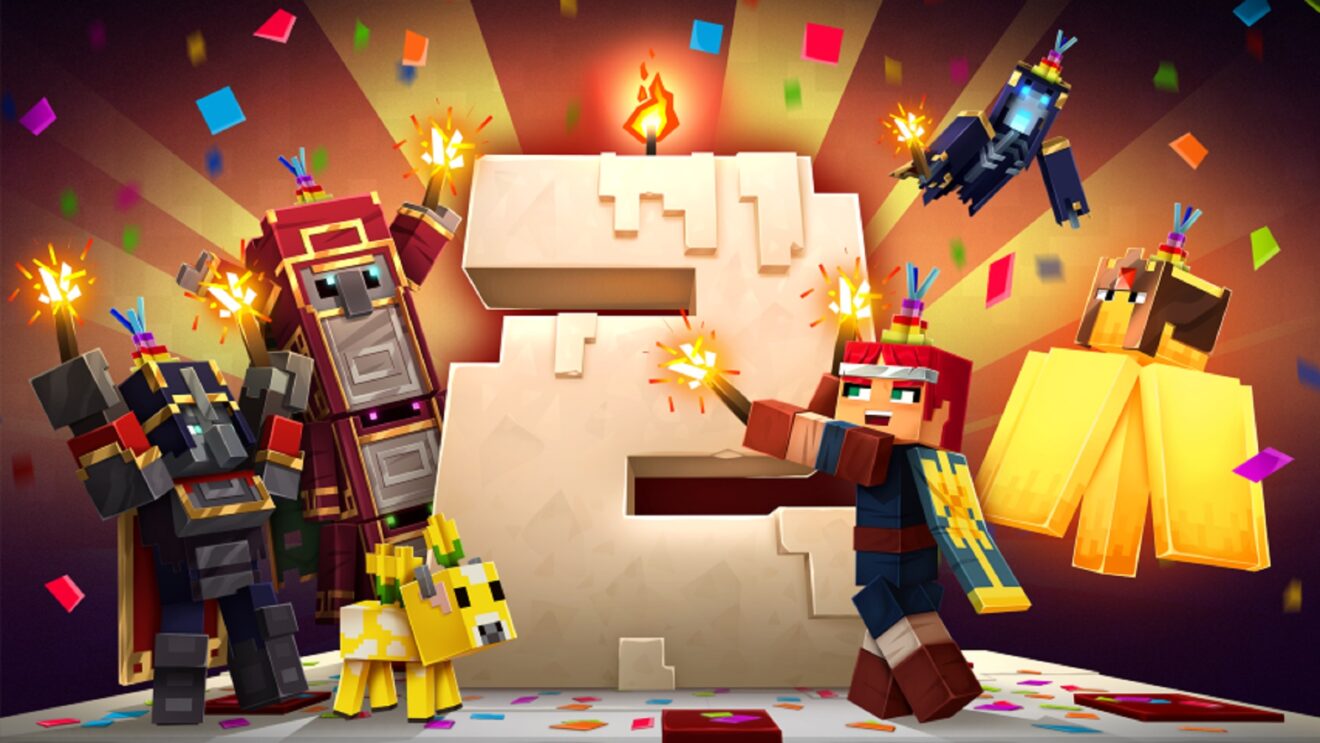 Until June 15th, players will be able to grab the anniversary cape as well as the cake costume, which includes the Sparkler, Sweet Tooth, and Sugar Rush items, for completing six seasonal daily trials. Additionally, players can take part in a special tower run to earn the Baby Moobloom pet.

A new update has also been released for the game that improves stability on Nintendo Switch, improves framerate on Desert Temple Tower tiles, fixes achievement bugs, and makes changes to Wildfire. Take a look at the full patch notes here.