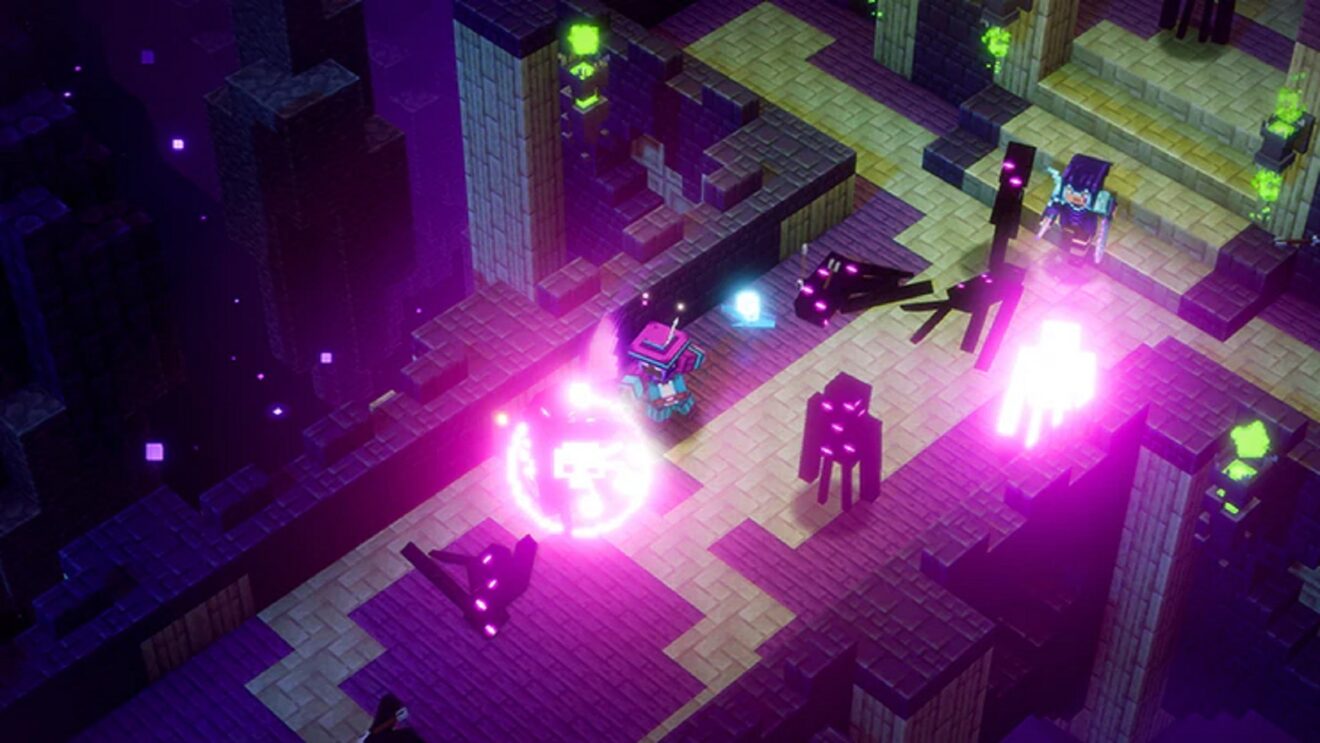 Minecraft Dungeons players can visit the End later this month

Mojang has revealed that Minecraft Dungeons is heading to the End later this month with the release of the Echoing Void DLC.

The corruption of the Orb of Dominance has been dealt with in the Overworld, but now it’s time to head to the home of the Endermen and deal with the problems there. In this latest DLC, players will have to take on new enemies and missions and collect some new legendary gear.

In addition to the DLC, a free update is coming that introduces the Gauntlet of Gales. This new maze-like mission will test players with “tricky trials and perplexing puzzles.” The update also includes new enhancements, such as Ambush, Shadow Blast, and Void Strike.

Finally, the developer announced an Ultimate Edition of Minecraft Dungeons that bundles the game with Jungle Awakens, Creeping Winter, Howling Peaks, Flames of the Nether, Hidden Depths, and Echoing Void.

Echoing Void, the update, and the Ultimate Edition will all be available from July 28th on PlayStation 4, Xbox One, Nintendo Switch, and PC.