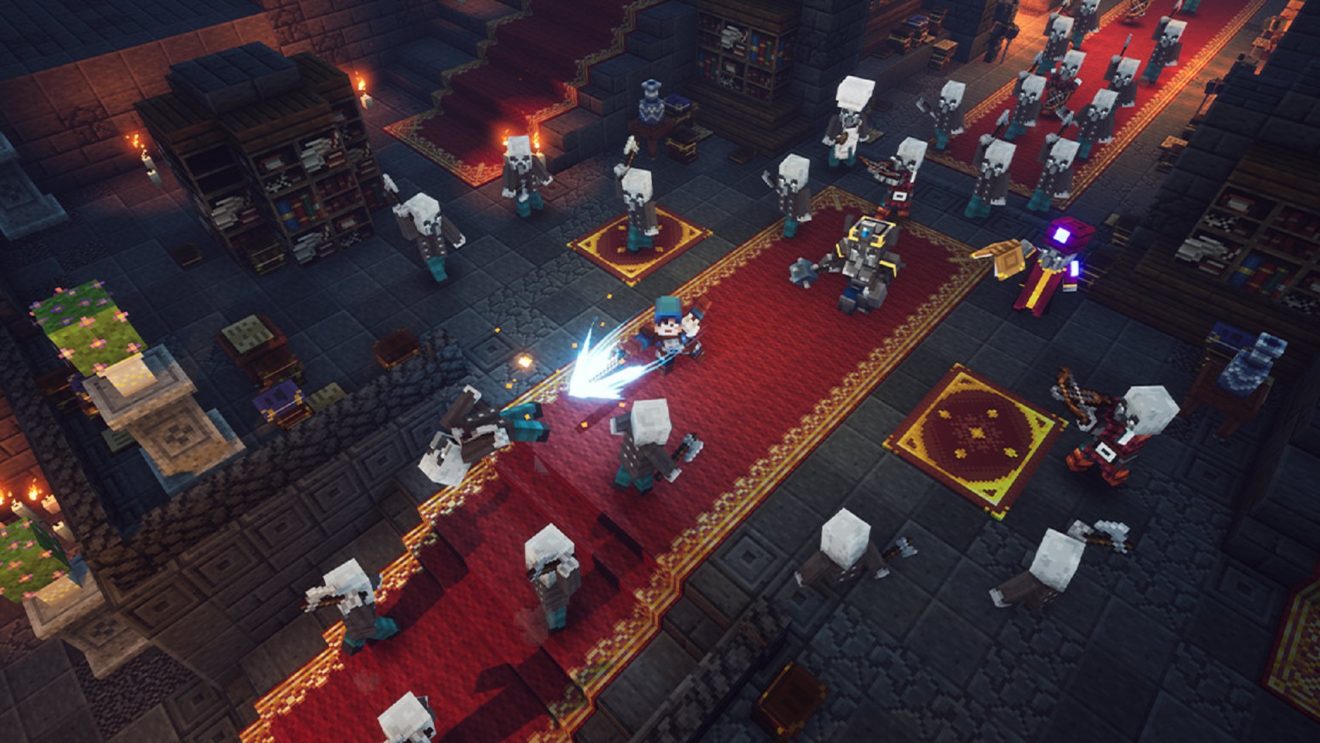 Minecraft spin-off Minecraft Dungeons will be released in April 2020, Microsoft revealed during Inside Xbox.

The upcoming action-adventure dungeon crawler sees up to four players exploring procedurally generated dungeons and taking on mobs. Players can customize their character and unlock dozens of unique items and weapon enchantments.

Minecraft Dungeons is in development for Xbox One, PlayStation 4, Nintendo Switch, and PC.