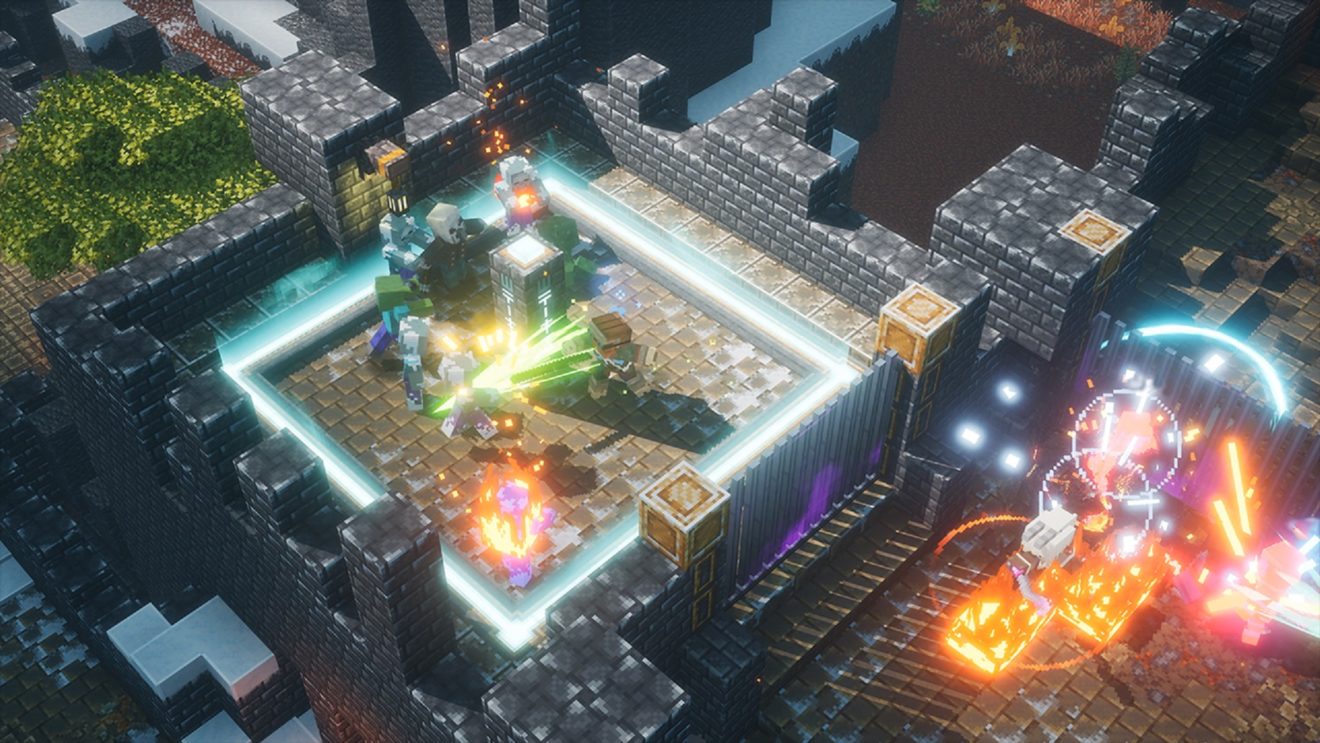 The first part of Minecraft Dungeons’ new season pass, Howling Peaks, is now available on all platforms, Mojang has announced.

This third piece of DLC for the game tasks players with scaling a snowy mountain to tackle a Tempest Golem that has been corrupted by a shard from the Orb of Dominance. During their mission, players will encounter new enemies, such as the Squall Golem and Mountaineer, and earn new armor, weapons, and artifacts.

As mentioned above, Howling Peaks is available as part of the game’s second season pass, which includes access to four DLCs. Each of the upcoming DLCs will feature new levels, unique items, new story content, and more puzzles.

Also available now is a free update for all players that adds six new enchantments to the game.