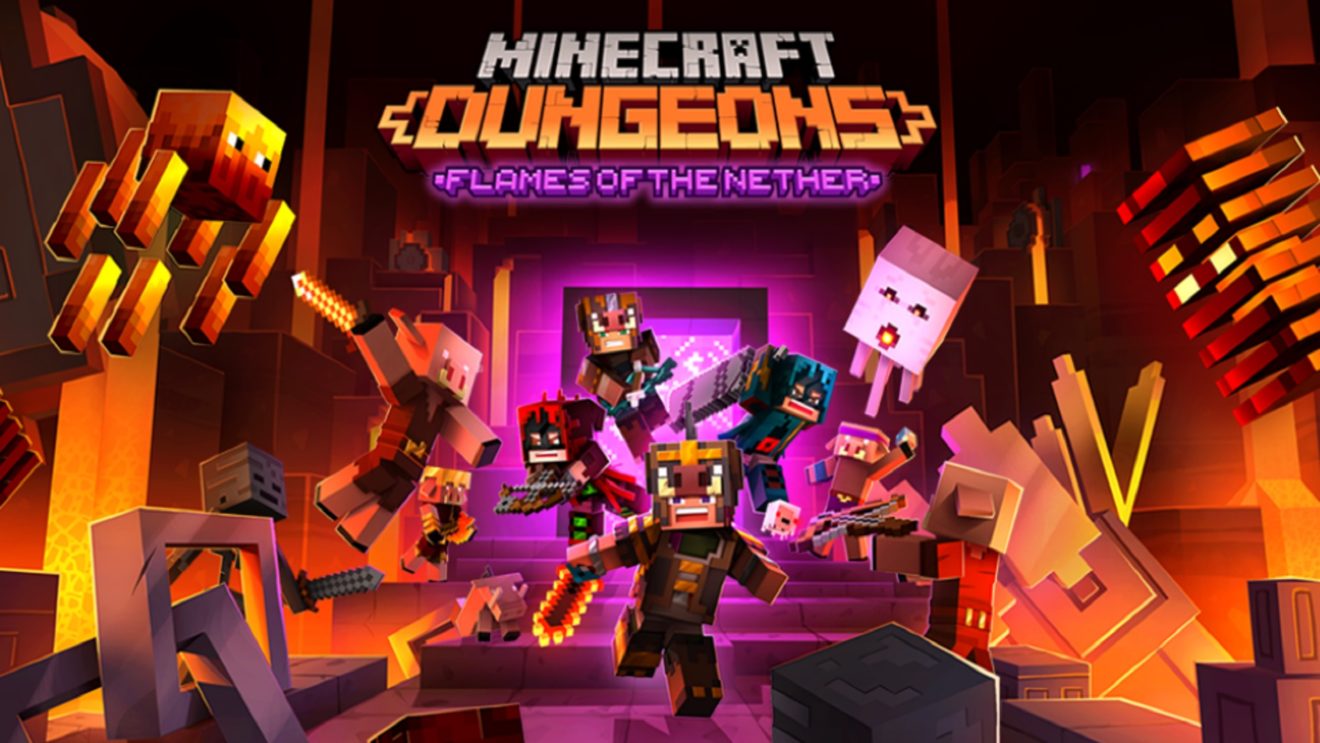 Minecraft Dungeons players will be heading to the Nether later this month with the release of the Flames of the Nether DLC.

The upcoming DLC will include six new missions for players to complete that will feature “familiar biomes as you’ve never seen them before.” Players will also be getting two new skins and the Baby Ghast pet, as well as the usual new artifacts, weapons, and armor.

There’s also something for players who choose not to purchase this latest DLC called Ancient Hunts, which are “procedurally-generated end-game missions that weave in and out of the Nether.” Beating these hunts will reward top-tier Gilded gear and Gold, a new currency that can be traded with the Piglin merchant. Ancient Hunts will be available to all players via a free update alongside the DLC.

Flames of the Nether releases February 24th for Xbox One, PlayStation 4, Nintendo Switch, and Windows 10 PCs.