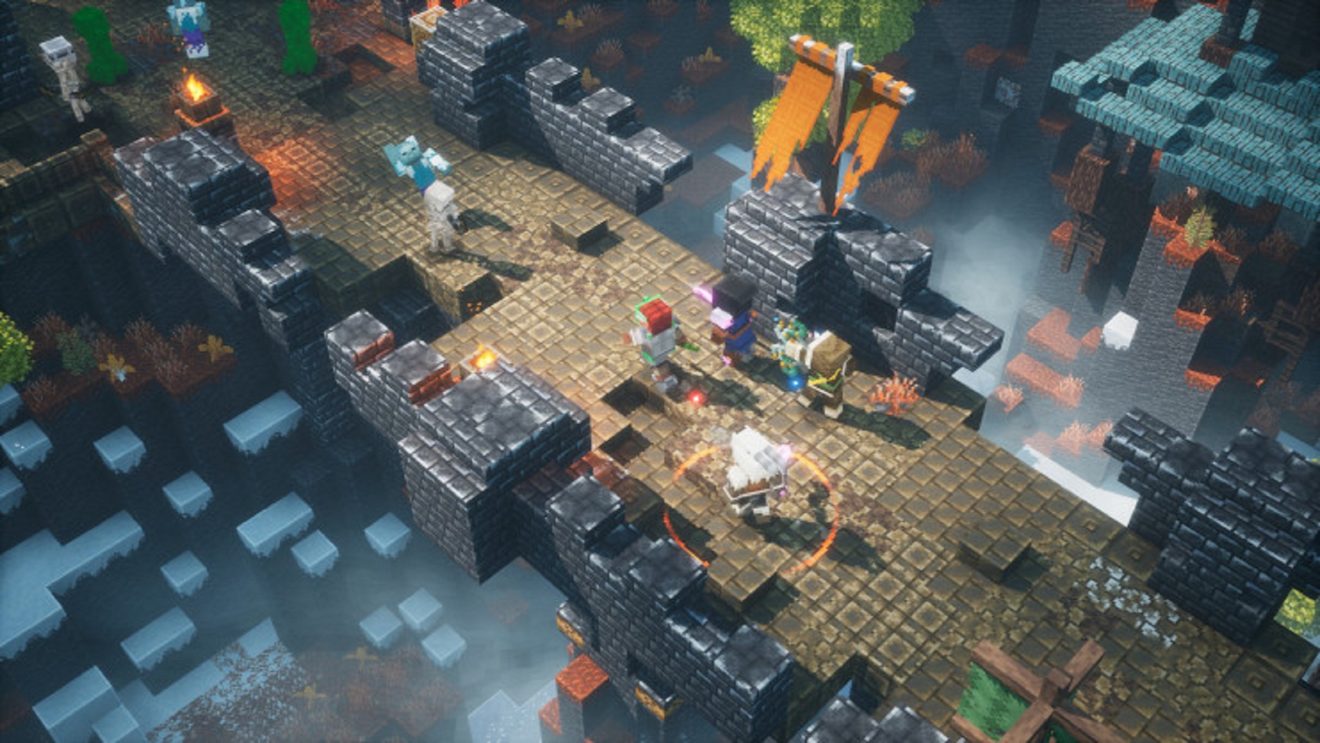 Mojang revealed that cross-platform play, a new DLC and season pass, and new difficulty options are on the way for Minecraft Dungeons during Minecraft Live.

First up is the previously promised cross-platform play update that is due to release in November. The update will allow players on Xbox One, PlayStation 4, Nintendo Switch, and PC to team up and take on the game’s many dungeons.

Following this will be the Howling Peaks DLC and a new season pass in December. The first part of the game’s second season pass will introduce the Tempest Golem as a new boss and will be accompanied by the Apocalypse Plus update. This update will be free for all players and adds 20 new difficulties beyond Apocalypse VII to offer an even greater challenge.