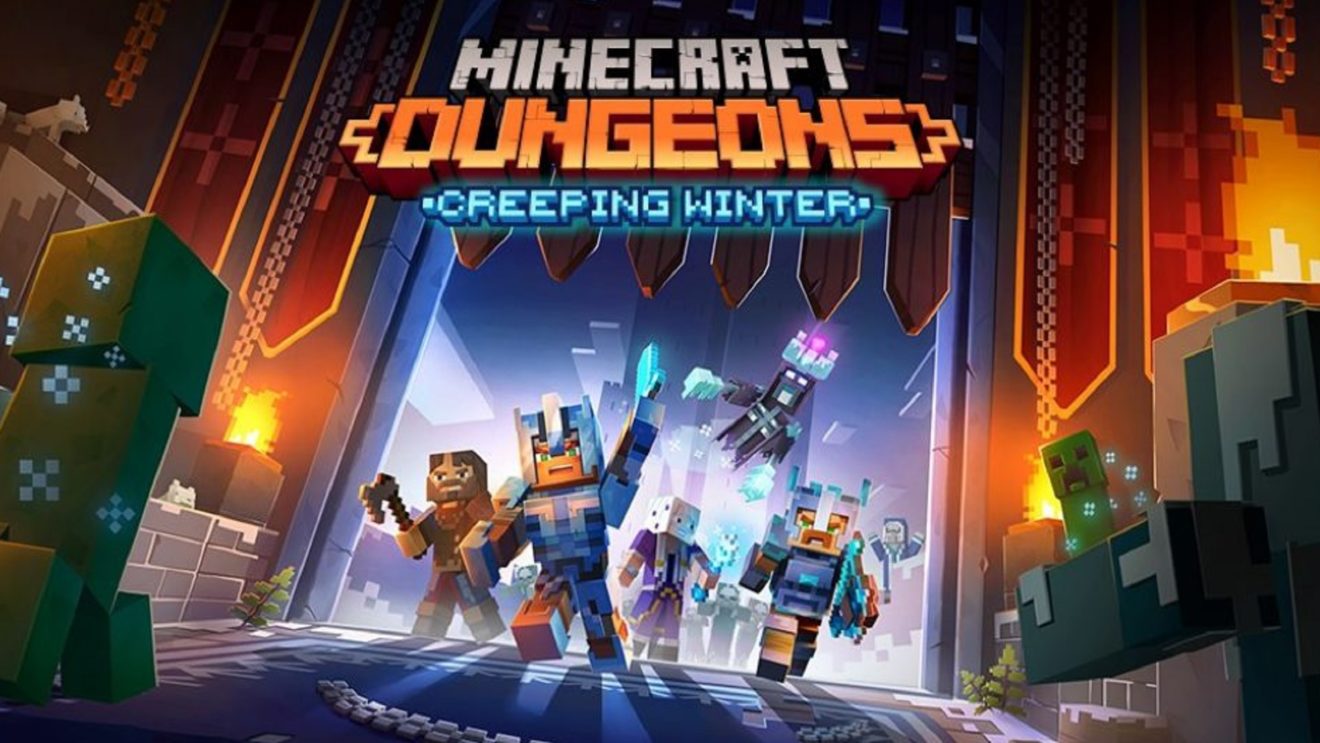 The upcoming DLC sees players attempting to fight back a wintry storm by taking on new missions and enemies. As with the first DLC, players will be rewarded with new armor, weapons, and artifacts for their services.

In addition to Creeping Winter, a new update will be released on the same day that introduces new merchants and Daily Trials. Players who rescue captured merchants will get some new shops in their camp, such as the Blacksmith who will upgrade weapons. While Daily Trials will provide players with new challenges to face every day.

Finally, Minecraft Dungeons is getting a physical release on September 8th for Xbox One, PlayStation 4, and Nintendo Switch. The physical release will include the base game, Jungle Awakens, Creeping Winter, and a number of cosmetics.