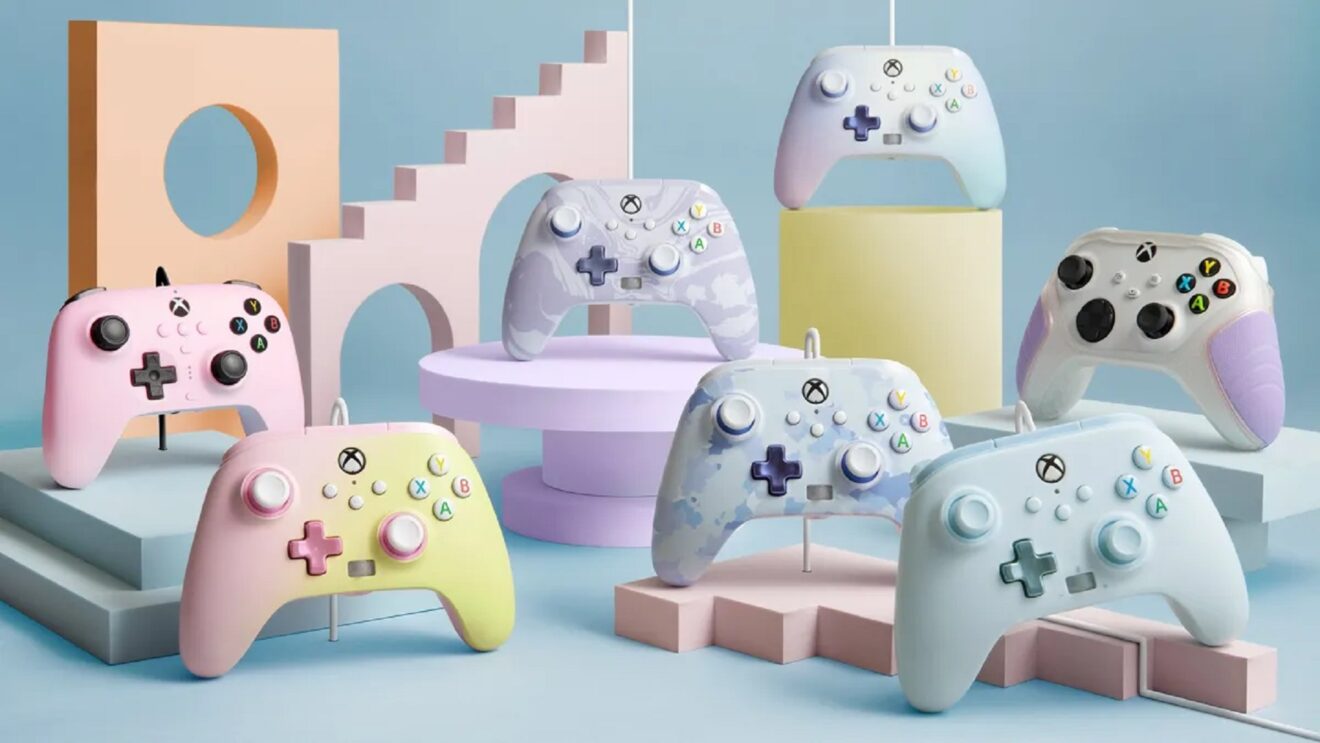 The Designed for Xbox team has partnered with PowerA, OtterBox, and 8BitDo to create a new series of pastel-colored accessories for Xbox Series X/S, Xbox One, and PC.

Starting off the Designed for Xbox Spring Collection 2022 are the PowerA Enhanced Wired Controllers. These controllers feature two fully mappable Advanced Gaming Buttons on the back, anti-friction rings around each thumbstick, rumble motors in the grips, a 3.5mm stereo headset jack, and a 10-foot detachable cable.

The Lavender Swirl, Cotton Candy Blue, Pink Lemonade, Purple Camo, and Pastel Dream controllers are available to preorder now from the Microsoft Store and other retailers for $37.99 each.

Also revealed was the OtterBox Easy Grip Controller Shell for Xbox Series X/S. The new Lilac Dream color option can be purchased starting today from the Microsoft Store for $39.99 and features two sets of purple and pink swappable grips and a clear glitter shell to protect the controller.