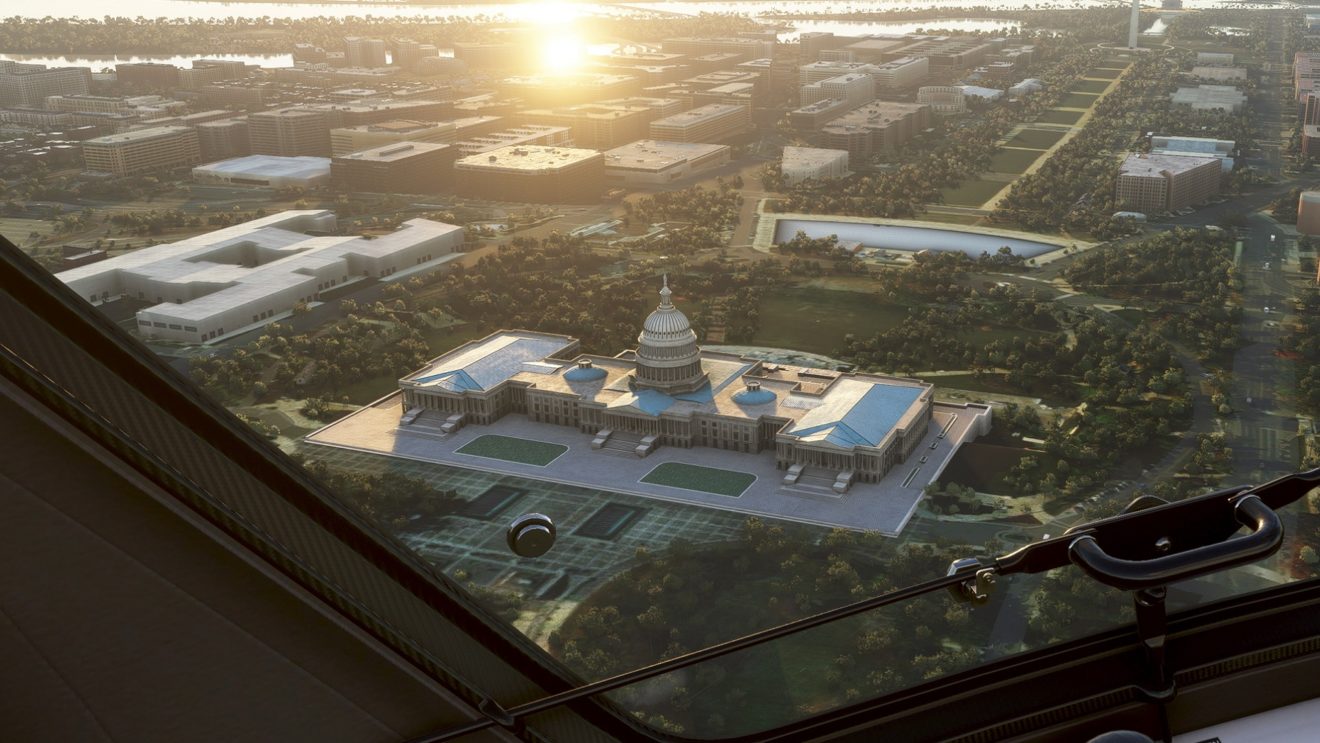 This latest World Update puts the focus on improving the United States of America and includes an improved digital elevation model with resolution up to one meter and new aerial textures that “significantly improve the appearance in several states.” There are also four new hand-crafted airports (Atlanta, Dallas/Fort Worth, Friday Harbor, and New York Stewart), visual improvements for 48 airports, and 50 new high-fidelity points of interest.

Additionally, players can find new activities to take part in, such as a Discovery Flight through iconic locations on the eastern seaboard.

Once players have downloaded the latest update for the game, they simply need to visit the in-game Marketplace and claim World Update II: USA to get these new additions.

Microsoft Flight Simulator is available now on Windows 10 and Steam.