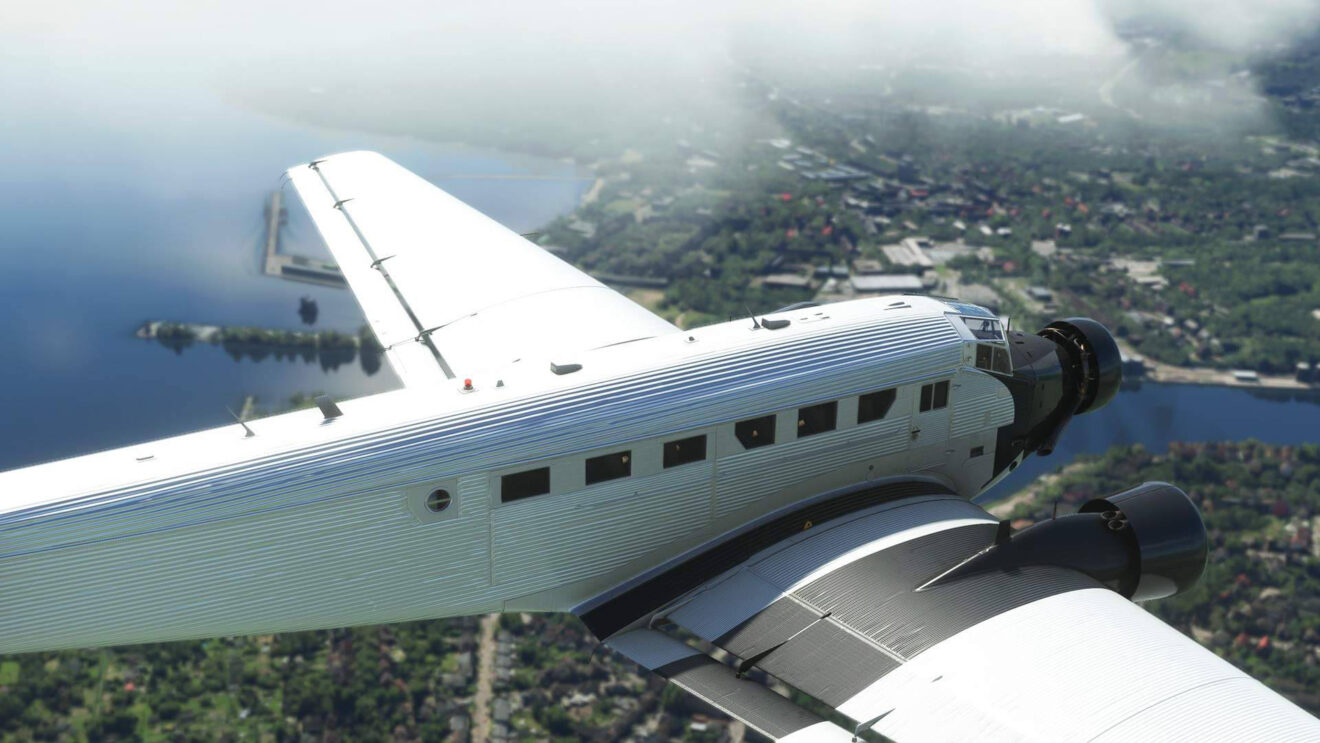 During today’s gamescom 2021 Xbox Stream, Asobo Studios showed off some of what’s coming to Microsoft Flight Simulator in its next round of updates.

First up is World Update VI, which will be focused on Germany, Austria and Switzerland. According to head of Microsoft Flight Simulator Jorg Neumann, we’ll be getting “new aerial imagery, high-resolution elevation maps and several brand-new 3D cities in Germany, Basel in Switzerland, Graz and Vienna in Austria are drastically enhancing the visuals of these three countries and the beautiful mountain-ranges of the Alps. The team has also hand-crafted about 100 famous locations (points of interest, or POIs) and several airports like Lübeck, Stuttgart, Klagenfurt and St. Gallen.”

In additional to all of that, World Update VI will bring new discovery flights, landings challenges, and bush trips when it hits for free on September 7th.

As well on that same day for a price of $14.99, the first of a new series of aircraft called “Local Legends” will kick off, which will be dedicated to famous regional aircraft from around the world. That first arrival will be the German Junkers JU-52, otherwise known as the “Tante JU” or “Aunt JU.” A transport aircraft which began production in 1930, the Junkers JU-52 is now in limited use, so its inclusion in the game will serve to keep the plane flying—at least in the virtual world.

“The team has gone to great lengths to recreate the plane as authentically and accurately as possible,” explains Neumann. “We scanned the entire plane with a high-resolution digital scanner to achieve an extremely high level of detail and accuracy. We were fortunate to have the support of Bernd Junkers, the grandson of the original designer, Hugo Junkers, and also worked with an organization that preserves one of the last surviving examples of this famous plane. To ensure complete accuracy, we consulted with one of the few pilots who flew one of the last Junkers JU-52.”

If the Junkers JU-52 is a plane of the past, then the VoloCity is definitely a flying machine of the future. Also from Germany, the eVTOL (electric vertical take-off and landing) air taxi presents an idea for what the near future of air travel might look like. And, as Neumann writes, Volocopter’s creation represents the first step in introducing a widely-requested aircraft type to the game: helicopters. The VoloCity from Volocopter will arrive in the game this November.

“The Reno Air Races represent the first major expansion for Microsoft Flight Simulator,” says Neumann. “Simmers will now be able to race against their friends or pilots from around the world with the addition of competitive multiplayer to the sim.”

The STIHL National Championship Air Races expansion pack will be released this fall.