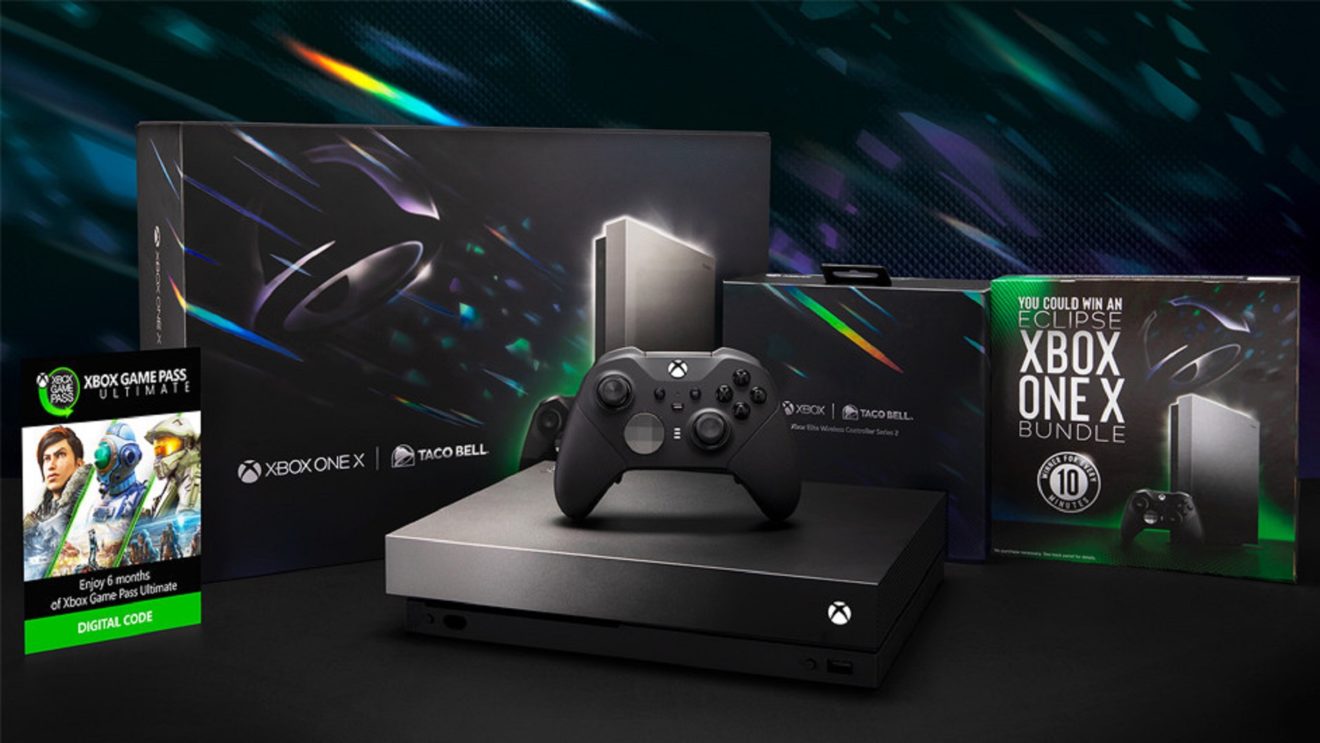 Microsoft and Taco Bell team up for Xbox One X giveaway

Microsoft has announced that it is once again partnering with Taco Bell to give away a number of Xbox One X Eclipse Bundle Limited Edition Bundles.

The limited-edition bundle includes an Xbox One X Eclipse console, which features “Taco Bell’s iconic ring noise when powered on”; an Xbox Elite Wireless Controller Series 2, and six months of Xbox Game Pass Ultimate. It’s worth noting that the Elite 2 controller doesn’t actually release until November 4th, so winners will get early access to it.

To win one of these bundles, simply pick up a Double Chalupa Box from Taco Bell from October 17th through November 23rd and follow the instructions on the box to find out instantly if you have won.

“All winners will receive their bundle within 48 hours of completing registration and receipt of verification,” Microsoft added.

In addition, people who order the Double Chalupa box online or through the Taco Bell app will get a code for 14 days of Xbox Game Pass Ultimate, while supplies last.

More information about the giveaway can be found over on Xbox Wire.