As I’m writing this review, Metroid Dread has now been out for exactly two weeks. Normally here at EGM, we try to have all of our reviews be a bit more timely, and I’m well aware that telling you about Samus’ latest adventure at this point is anything but. In my defense, Metroid Dread would end up being the game that’s kept me entertained as I’ve recovered from surgery, so I wasn’t in a position to marathon it. However, also in my defense, it’s taken Metroid Dread 18-plus years to finally become a proper, finished game that we can hold in our hands. So, you know, in comparison, my lateness doesn’t look so bad.

Given I’ve been a fan of Metroid since the franchise first kicked off back in 1986, that this game actually now exists brings up some mixed emotions. Knowing that Dread is the final chapter of Samus’ original saga is kinda sad, but also kinda not, because it’s hard to be upset over nearly any entertainment ending after 35 years. And, really, what does it even mean to have a particular video game story arc come to a close? Not only is Metroid not going anywhere, but I’m pretty sure 2D Metroid isn’t going anywhere either.

Honestly, for the build up it had as the “fifth and final” chapter of that original series, Metroid Dread doesn’t much feel like a final chapter. I mean, it does in a few particular spoiler-y storyline beats, and in how certain elements from previous games come together again, but it’s not like it’s some gripping, dramatic conclusion to the journey Samus has taken from Zebes to SR388 to this new planet, ZDR. For good or bad, our armor-clad heroine has never been that type of character, nor have her games ever focused on those kinds of stories. (Outside of a certain side project that shall remain unnamed.) This is, for the most part, merely a new Metroid chapter in my eyes, and if you told me multiple sequels were already planned for it, it wouldn’t surprise me.

What’s important is that it’s a good new Metroid chapter—putting a slight asterisk on that statement for later. Before it worked with Nintendo on the 3DS Metroid II remake Metroid: Samus Returns, developer MercurySteam’s main experience with the Metroidvania subgenre was 2013’s Castlevania: Lords of Shadow – Mirror of Fate. Which, you know, was okay. Whereas that game felt more like a store-brand knock-off product, Metroid Dread comes off as the real deal, with a level of quality and polish that you’d expect from something Nintendo’s own teams might have created in-house.

We all know how these games start—Samus heads to a strange new planet, and something happens that strips her of all of the upgrades she’s earned since the last time that happened—but right off the bat, Dread provides a new twist on that idea. Samus (and the player) quickly run into an E.M.M.I., a federation science robot gone rogue whose only weakness is a specific power-up that goes away once it’s used. The various E.M.M.I. robots scattered across ZDR are the big gimmick that Nintendo has sold the game on, and thankfully they’re used just enough to be effective but not enough to be annoying. Unkillable enemies that stalk you can be incredibly easy to get wrong, but the more high-tech areas of the planet that play home to the robots don’t encompass as much of the overall map as I’d originally feared they might. More often than not, you’ll be exploring alien landscapes and fighting enemies you can actually kill (even if some of them are bullet sponges), only facing down the local E.M.M.I. when you need to cross over to a different sector or put a stop to them for good.

For the rest of its playtime, I’d describe Metroid Dread as classic Metroid on overdrive. The map feels more expansive, with a wider variety of exploration options hidden behind to-be-obtained-later special abilities. There’s more back-and-forth movement between the planet’s different sectors than we’ve seen before as well. On one hand, that helps keep things fresh and avoids getting stuck in any one area type for too long. Unfortunately, on the other hand, the game dumps you to a loading screen every time you make that jump, which can get tiresome when you’re moving back and forth so often.

Another aspect that certainly feels supersized is the roster of weapons and abilities Samus unlocks in Metroid Dread. Sure, there are classics like the Screw Attack, Varia Suit, and—yes, no matter what you’ve heard, it does exist—the Morph Ball, but there are also multiple beam, missile, and bomb types, various other suit upgrades, and a variety of completely new Aeion abilities (such as the Phantom Cloak, which can hide you from E.M.M.I. detection). Even with the sizable world map, it does sometimes feel like some of the upgrades struggle to justify their use outside of a few specific locations where they’re required to open new progression paths. Still, fully decked-out Samus is a joy to play in Dread, and a lot of those upgrades—such as the various missile types—basically just stack on top of one another, so it’s not like managing them is ever a headache.

Unlike most previous Metroids, reaching that decked-out status is almost more about improving Samus’ combat capability over her exploration potential. This is by far the most combat-heavy and action-oriented Metroid yet in my opinion, as you’ll need to put all of those upgrades to Samus’ kit to good use when battling ZDR’s menagerie of creatures (native or otherwise). This is especially the case for boss battles, which are not only more plentiful than before, but more intense, challenging, and lengthy. Without a doubt, Metroid Dread feels like a chapter of the series crafted for the modern generation, where old concepts and trademarks have merged together with the higher intensity and constant challenge of the flashier newer-era action adventure games.

As I experienced all of those things I’ve just described, I came to a realization that shook me a little both mentally and emotionally: Maybe this isn’t my Metroid anymore.

I want to be very clear that, both as a professional and a player, I think Metroid Dread is a genuinely fantastic game. Metroid fan or not, I would enjoy almost everything Nintendo and MercurySteam have crafted here, and I have to give them credit for creating something that feels so fresh and enjoyable, even as it competes against countless clones and subgenre competitors and simultaneously builds upon 35 years of legacy. But, maybe this isn’t my Metroid anymore.

The Metroid I fell in love with was slow, and sometimes kinda boring, and its exploration was often convoluted, and it lacked any real narrative drama. My Metroid didn’t have multi-stage bosses, or the ability to parry attacks, or much importance placed on combat at all. And, my Samus wasn’t the crazy awesome superhero action star she is here—she was just a woman, alone and isolated, quietly getting the job done so she could get the hell out.

In the end, Metroid Dread is taking the series in a direction that it needs to go, and probably really should go, but not one that I necessarily would have wanted it to go. Still, I’ve come to be okay with that. Times change, and game franchises must too. Nintendo and MercurySteam have written a final chapter to Samus’ original storyline that also serves as a launchpad toward a long and bright future, and that’s the best that I could hope for for my favorite intergalactic bounty hunter.

And, who knows—maybe Dread will not only serve as a reboot of the 2D line of Metroid games, but also my fandom as well. 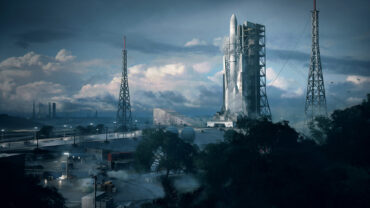 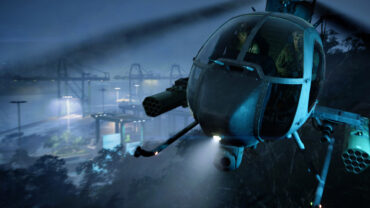