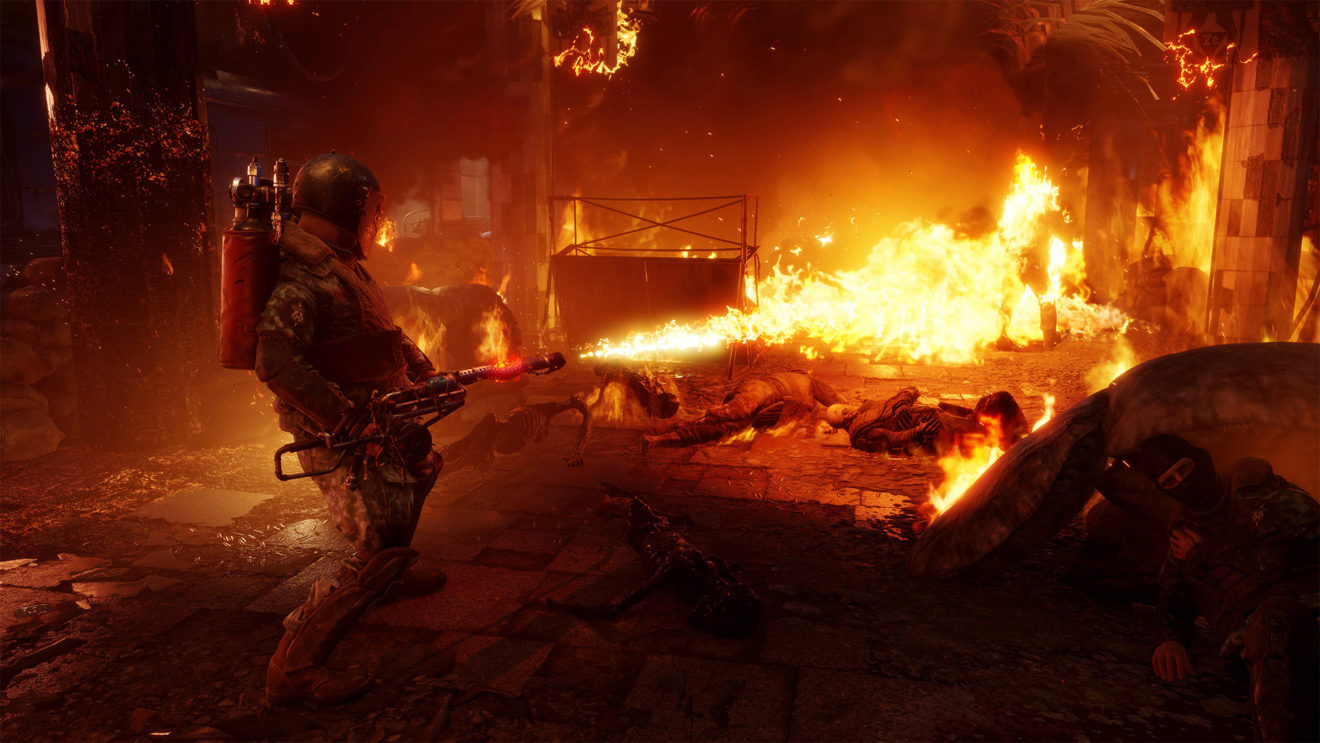 The Two Colonels, the first story DLC for Metro Exodus is available now on Xbox One, PlayStation 4, and PC, Deep Silver and 4A Games have announced.

Warning: There may be spoilers for Metro Exodus beyond this point.

The DLC follows the story of Colonel Khlebnikov during the last days of life in Novosibirsk and introduces the flamethrower as a new weapon.

“Just below the surface, under the dead city of Novosibirsk, Khlebnikov makes his way home to his son, Kirill, for New Year’s Eve,” publisher Deep Silver explains. “But all is not well with the people here: the slime is further consuming the tunnels, mutant attacks appear to be on the rise and the precious ‘green stuff’ that protects the people from radiation poisoning is running low. In order to secure the survival of any of the people, those in charge may need to take drastic measures…”

The Two Colonels is available now on Xbox One, PlayStation 4, and PC for owners of the game’s $24.99 Expansion Pass.