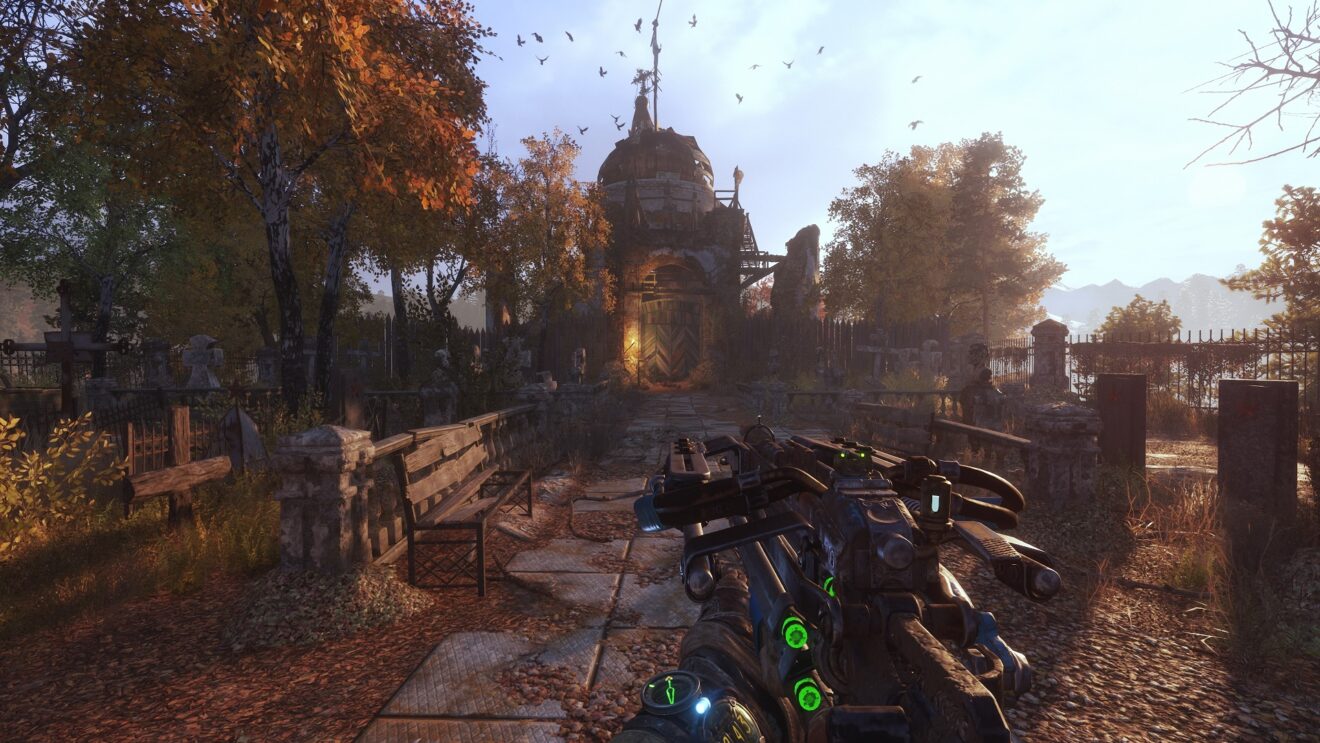 The previously announced PlayStation 5 and Xbox Series X/S upgrade for Metro Exodus is now available, developer 4A Games has announced.

This new version of the game bumps the visuals up to 4K (1080p on Series S) with support for 60 FPS gameplay and fully ray-traced lighting. There’s also a Field of View (FOV) slider, 4K textures, ray-traced global illumination, and fast loading times.

In addition to the above improvements, the upgraded version of the game comes with support for platform-specific features, such as controller latency reduction on Xbox and haptic feedback and 3D audio on PlayStation 5.

On Xbox Series X/S, players can bring over their chapter saves from the Xbox One version of the game, but autosaves and mid-chapter saves cannot be carried over. There is no save transfer support between PlayStation 4 and PlayStation 5. However, there is a new Chapter Unlock feature on PlayStation 5 and Xbox Series X/S that allows players to jump into any chapter with a default set of resources and equipment. It should be noted that achievements/trophies are disabled when using this feature.

Metro Exodus is available now on PlayStation 5 and Xbox Series X/S as a free upgrade within the same console family for owners of the game on PlayStation 4 and Xbox One.