The Metal Gear series has gone through more than its fair share of phases, with the first game leading players through an adventure of top-down espionage, the fifth installment taking the established third-person shooting format into an open world, and even the Metal Gear Rising: Revengeance spin-off trying its hand at a hack’ n’ slash action experience. With the beloved godfather of Metal Gear, Hideo Kojima, booted from developer Konami, the future of the series was uncertain. Now, the series’ latest installment, Metal Gear Survive, is out, and fans are still fairly confused. Metal Gear Survive runs in Metal Gear Solid V: The Phantom Pain’s Fox Engine, so fans of the previous game may feel right at home at the outset, but Survive’s true nature caters far more to survival game purists than Metal Gear loyalists.

Before it goes off the rails, the beginning of Survive’s story will be very familiar to fans of the series. The game picks up right at the end of Metal Gear Solid V: Ground Zeroes, directly following the attack on Mother Base (spoiler alert). Your created character was one of the casualties of the attack, but through some mysterious technological and other-worldly shenanigans, you are brought back from death to complete an important mission. The player is then sent through a wormhole—just like the one that opens over Mother Base directly after the attack, which no MGSV character seems to notice—transporting them to an alternate version of Earth called Dite.

Most of this planet’s surface is covered in a thick cloud of toxic dust, appropriately titled The Dust, which transformed its population into zombie-like Wanderers and one massive Lovecraftian blob monster. With the help of an AI suffering from multiple-personality disorder, plus several unique survivors picked up along the way, the player must uncover why they were sent to this dying planet, and how they can get home.

Nearly all dialogue and interactions are delivered through text screens, and the player character doesn’t speak at all, so it’s fairly hard to get invested in the melodramatic cast. As for the story as a whole, subtle references to the adjacent MGSV will keep hardcore fans at least mildly engaged, and the game’s ultimate twist, while a little out of left field, wasn’t dissatisfying.

Not very often is a game’s key objective so well epitomized by its title. The player is thrown into the deep end right from the get-go, forced to come to terms with the game’s scavenging, crafting, and upgrading while constantly managing hunger and thirst, which impacts the character’s max amount of life and stamina, respectively. While “survive” is the name of the game—literally and figuratively—the beginning simply feels too aggressive. There’s plenty that needs to be crafted and built to progress in the game, but for the first several hours, attention has to be almost exclusively focused on food and water. Even messing around in the home base doesn’t slow the downward tick of these statuses, so the oppressive nature of the game’s survival starts out a little excessive while you’re still learning to tie your shoes.

Ironically, once a survival foundation is set, it becomes the game’s greatest strength. To gain the necessary resources to survive, players must scour every inch of the game’s two maps, both of which are covered in Dust. Oxygen is needed to explore within the Dust, which only lasts for a limited time. In addition to that ticking clock, visibility is also severely restricted, which can impact your path finding and cause you to inadvertently stumble across threats. Despite the inclusion of two maps, the environments quickly get repetitive—more so when they are clouded by Dust—but the constant threat of both enemies and limited resources makes every outing an adventure, if not also a little exasperating. In a similar manner, the tedious process of collecting materials is made surprisingly satisfying by the game’s extensive selection of weapons, tools, gear, and facilities to craft, where finding a piece of rubber can be exciting when it’s the one thing you needed to craft whatever’s next on your wishlist.

Materials and recipes will range in value, although the Wanderers covering the land won’t let them go without a fight. Wanderers come in a couple varieties, with the most common by far being the standard zombie-like form. Survivefeatures some basic stealth mechanics, like distraction tools and visibility indicators, and Wanderers have to be taken out if the player wants to farm them for the game’s valuable Kuban Energy. This is yet another resource, used in everything from crafting to upgrading one’s character. It can be obtained through stealth takedowns, but if a large crowd is descending upon you, a more direct approach must be taken.

Survive’s killing instruments cover a wide spectrum of spears, axes, bats, and more. A variety of firearms are available to be crafted as well, but unlike its parent game, Metal Gear Solid V, Survive’s melee combat is significantly more prominent than its gunplay. As the game’s primary means of fighting the Wanderers, players will quickly realize how awkward and stiff the melee combat actually is. There are a variety of moves to unlock for the different weapon types, and some can prove useful, but they normally won’t save you from the game’s unintuitive dodge mechanic and sticky movement. What is strange about the frustrating combat design, however, is that once you play long enough to come to terms with it, it actually begins to feel like it belongs in the game. If the combat was fluid and responsive, fighting off waves of Wanderers would likely feel too easy. The clunkiness adds to the oppressive nature of Survive, an essence that is essential to the survival genre. It would have been nice to achieve this without kneecapping the player, but the result is the same.

After mastering the clunky combat and amassing a cornucopia of materials, the game’s building opportunities begin to open up. Base building is integral to one’s success, as the player can install a variety of crafting stations and resource cultivation units to make surviving in the wasteland that much easier. At set points in the story, the player’s primary base—located in the first map—will come under attack, so defensive structures must also be established. Among the many crafting recipes players can come across while exploring, there are plenty of defensive units to learn to install, including various entrenched weaponry and a large selection of barricades. These defenses aren’t exclusive to one’s base, as they can be equipped in the player character’s loadout and taken out into the Dust to assist in the game’s survival missions.

Unfortunately, the game doesn’t expand upon its building mechanics as expeditiously as it should. Due to the slow trickle of recipes and the character’s limited carrying weight, players will have a restricted arsenal of building options for a large portion of the game, squandering one of Survive’s most promising qualities. Most defensive objectives can be beaten by simply throwing down basic fences and poking enemies through it with a stick; a strategy the simplistic AI of the enemies seems ill-equipped to avoid. Given the one-track mind of the Wanderers, and the scarce opportunities for extensive building, most of the campaign seems to prioritize offense over defense, which doesn’t do the experience justice.

The objectives players will encounter generally include fighting your way to access computers, protecting a wormhole generator from waves of Wanderers, or saving a savior so they can help in base management. These survivors will feature different skills that can benefit your base’s progress. By slotting them into roles based on their strengths, players can create utilities that farm resources they would otherwise have to go out and search for. The system is useful and helps develop a prideful connection to one’s base, but again, it doesn’t gain much momentum until the end game due to the infrequency of survivor missions.

Ultimately, the end game is the part of the experience that truly vindicates the player’s efforts. With so much to learn, it is not until far into the game players will likely come to terms with everything it offers, which is when you can begin manipulating it most to your advantage. The more epic instances of base defending are also few and far between during the main campaign, with the limited resources making them feel rather anticlimactic. At the end of the adventure, however, players are granted the option to initiate base attacks at will, and with the plethora of recipes and resources one will have accumulated over the entire campaign, it simply makes for much more interesting survival after the credits roll.

An alternative to chipping away at the game’s single-player campaign in order to get to the good stuff is taking on Survive’s 4-player cooperative mode. The mode’s format is fairly simple: up to four players are tasked with defending set points for three waves of attacking Wanderers, while collectible side objectives lure players from the safety of their fortress. Wave-base survival is a genre of gaming that feels inherently better when enjoyed with others, and Survive’s tower-defense-like features make the tactics of it that much more gratifying. It should be noted that the mode’s hardest difficulty doesn’t unlock until the end game, and with how easy the other cooperative difficulties are, true survivalists will only be content with its greatest challenge.

Metal Gear Survive can feel like a grind, particularly in its earlier stages, but that inexplicable quality that makes survival games addictive is just as present here as it is in other games of the like. Almost anything, even poking zombies with a stick for hours on end, can feel worthwhile if the rewards at the end of it are tantalizing enough. Not only does the progress itself scratch the survival itch, but the end game makes for its own valid case to push onward, even if the game does boot you out for losing an internet connection. You would be forgiven for giving up on Metal Gear Survive half-way through, but I recommend you stick with it.

Nick didn’t start gaming until mid-2006. Once his parents finally allowed a console into the house, it was all uphill from there. Starting out with a PS2, he grew an affinity for Sony consoles and moved on to the PS3, and now the PS4. He keeps his gaming palette wide, but, gun to his head, he’d have to say shooters are his genre of choice. 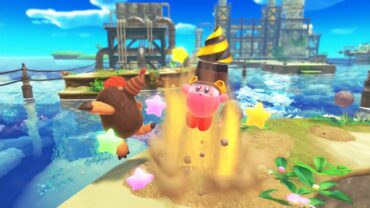