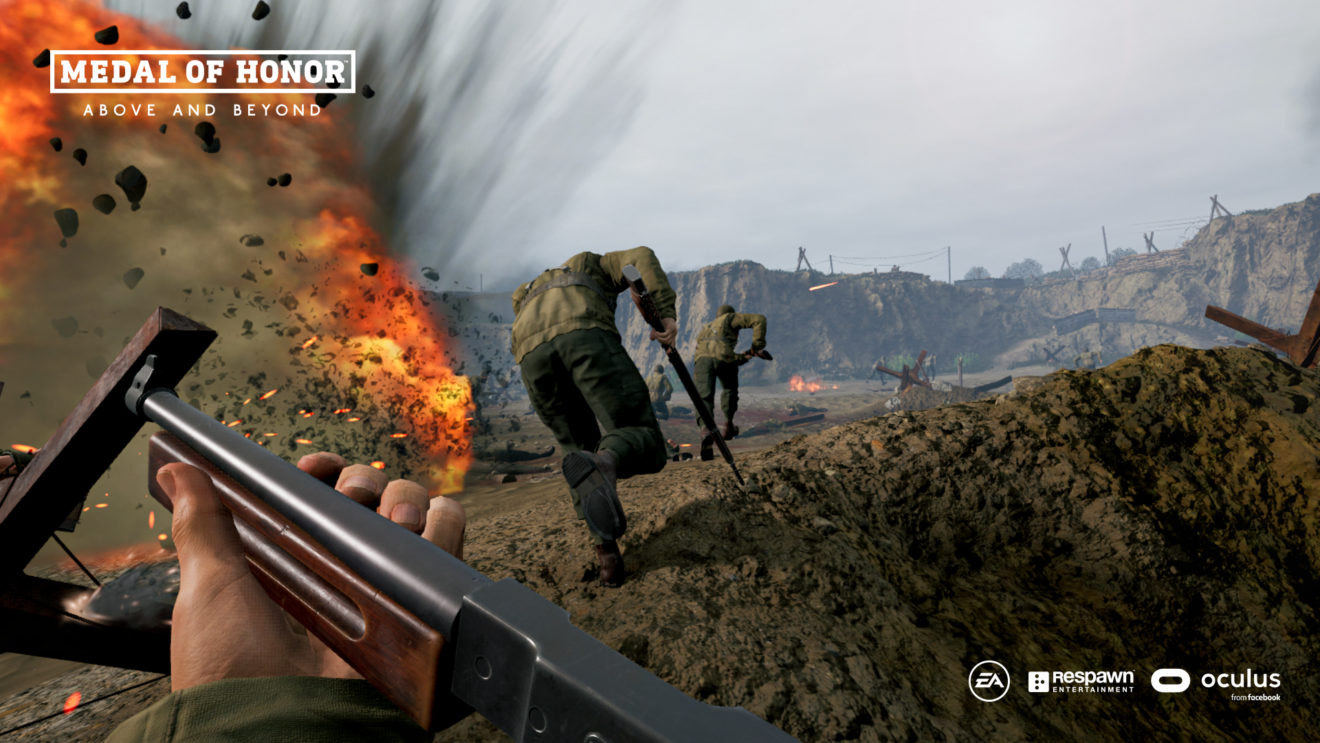 Medal of Honor: Above and Beyond multiplayer gameplay, system requirements revealed

We’ve known for a while that Respawn Entertainment’s Medal of Honor: Above and Beyond, the VR revival of the long-dormant series, would have a multiplayer component, but the developer has finally revealed gameplay footage of that, as well as some fairly hefty system requirements.

The multiplayer trailer shows off how Above and Beyond‘s World War II action will translate into small-scale PvP action. The maps shown off—which include an airfield, a town square with many different shops and interiors, a moving train, and a naval destroyer, among several others—all seem to be fairly close quarters and intricate in their designs.

These maps will host more multiplayer modes than we were frankly expecting. These include Mad Bomber, which looks similar to Call of Duty’s Search and Destroy; Deathmatch; Team Deathmatch; Domination; and Blast Radius, an explosives-focused version of King of the Hill.

Players will also have access to several iconic World War II-era weapons. Standouts that we spotted in the trailer include the M1 Garand, M1A1 Thompson, the Gewher 43, STG 44, MP 40, and what appears to be a lever-action shotgun, though we’re not entirely sure which one.

However, if you want access to what’s shaping up to be an excellent multiplayer VR experience, you’re going to need a pretty beefy PC to play it, as well as an HTC Vive, Oculus Rift (or Quest with the right hookups to your computer), or the Valve Index.

Polygon reports that the minimum requirements include an Intel i7 9700K (or comparable AMD) CPU, an Nvidia GeForce RTX 2080 or higher GPU, 16 GB DDR4 RAM, and over 340 GB of space on your hard drive (which should be at least a SATA, if not an NVME) to unpack and install the game, though you will get about half of that back once the game finishes installing.

If your rig can pass those benchmarks, then you can play Medal of Honor: Above and Beyond when it launches on December 11th.