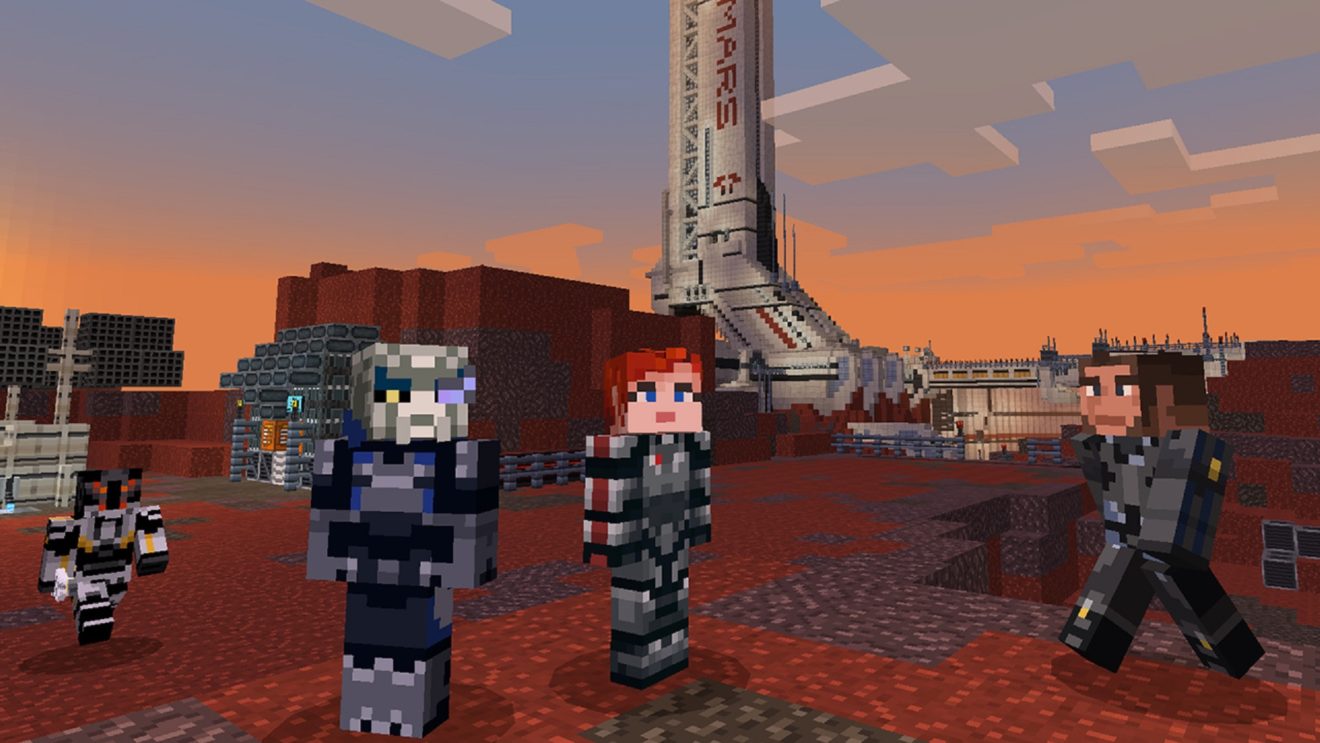 Minecraft Bedrock players on all platforms can now add Mass Effect-themed skins, textures, menus, and music to their worlds thanks to the Mass Effect Mash-up Pack.

According to developer Mojang, the pack contains a total of 36 unique Mass Effect-themed skins, including Commander Shephard, Liara, the Illusive Man, and more. Players will also get new textures, themed menus, a world featuring the Mars Base Camp, and a Mass Effect 3 soundtrack compilation.

The pack was originally released for the legacy version of Minecraft on consoles, which is why there isn’t anything related to Mass Effect Andromeda included.

The Mass Effect Mash-up Pack is available to purchase now via the Minecraft Marketplace for 990 Minecoins on Xbox One, PlayStation 4, Nintendo Switch, Windows 10, iOS, and Android.