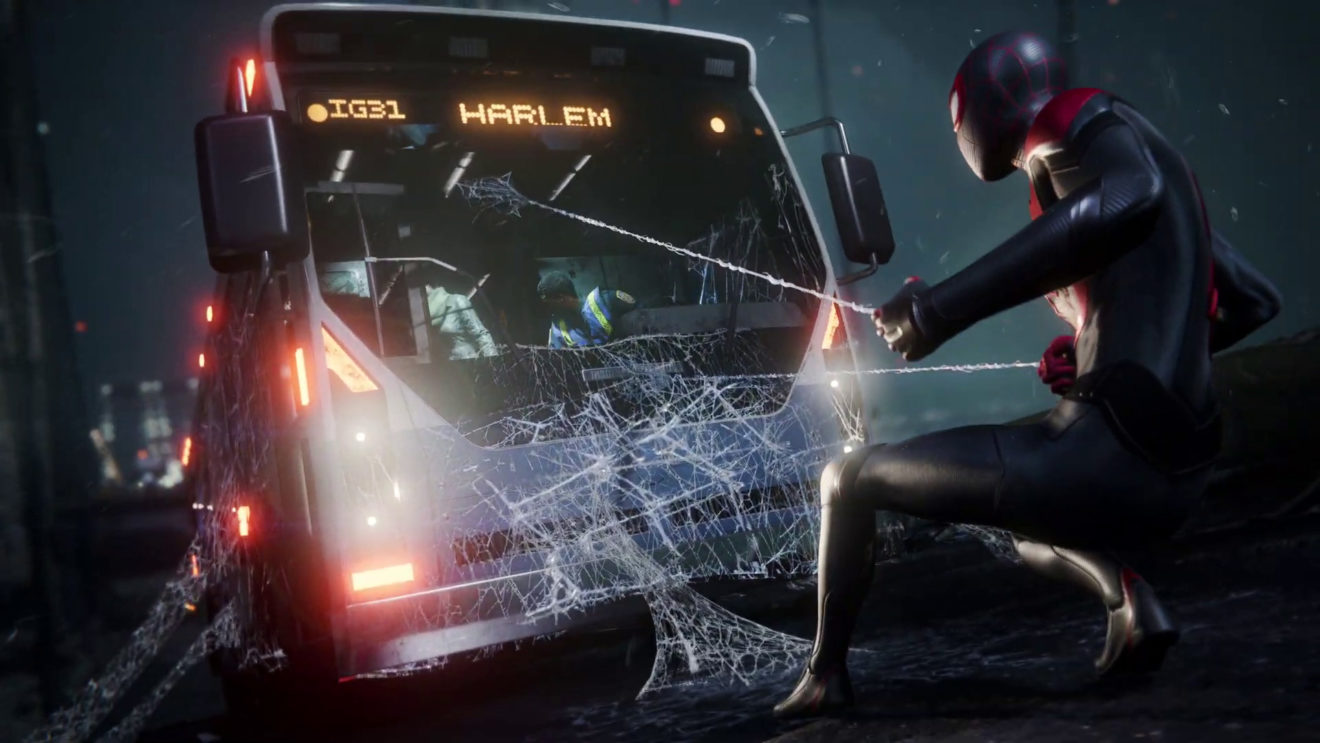 Update: A blog post accompanying the trailer has revealed that Sony and Insomniac will also release an Ultimate Edition of Marvel’s Spider-Man: Miles Morales that includes the first game and all three DLC sidestories remastered for PlayStation 5.

Here’s the official rundown of what’s different in the remaster:

“The remaster for the PS5 is no simple up-res, as many of the game’s art assets have been completely updated to take advantage of the PS5 console’s horsepower. You’ll see better-looking characters with improved skin, eyes, hair, and facial animation (including our new, next-generation Peter Parker). You’ll also see ray-traced reflections and ambient shadows, improved lighting, more pedestrians and vehicles stretching further into the distance, and the same optional performance mode offered on Marvel’s Spider-Man: Miles Morales, allowing you to finally play the game at a targeted 60fps frame rate. We’ll be supporting near-instant loading, 3D audio, and the DualSense controller’s haptic feedback. Lastly we’re adding three amazing new Spider-Man suits, new photo mode features, and even new trophies for those of you looking to Platinum the game all over again. “

The Ultimate Edition will be available at launch day and cost $69.99. The standard edition of Spider-Man: Miles Morales will cost $49.99 on both PS5 and PS4.

Original story: Sony and Insomniac have revealed the first extended look at gameplay from Marvel’s Spider-Man: Miles Morales—and announced for the first time that the game won’t be exclusive to next-gen.

The seven-minute clip kicks off with Miles and his friend—presumably Ganke Lee from the comics—walking through a Christmas street fair in Harlem, where Miles now lives. The pair are headed to a campaign rally for Miles’ mom, Rio, who’s running for City Council. Things go pear-shaped when a fight breaks out between security forces employed by the energy company Roxxon and a gang known as the Underground, led by the Tinkerer.

To make a long story short, a bridge ends up in a very bad way, and Miles has to work to save as many people as possible. It’s a definite showcase of the power of the PlayStation 5, as well as some of Miles’ new Venom Strike abilities. What we don’t see, at least in this gameplay, is his ability to cloak himself, though we know that’ll appear in the final game.

Josh Harmon
Josh picked up a controller when he was 3 years old and hasn’t looked back since. This has made him particularly vulnerable to attacks from behind. He fell in love with EGM during the Dan Hsu era, so joining the magazine as an intern way back in 2012 felt like a dream come true. Now, as Editorial Director, he’s excited to lead EGM somewhere new.
Share
Post tagsMarvels Spider-Man