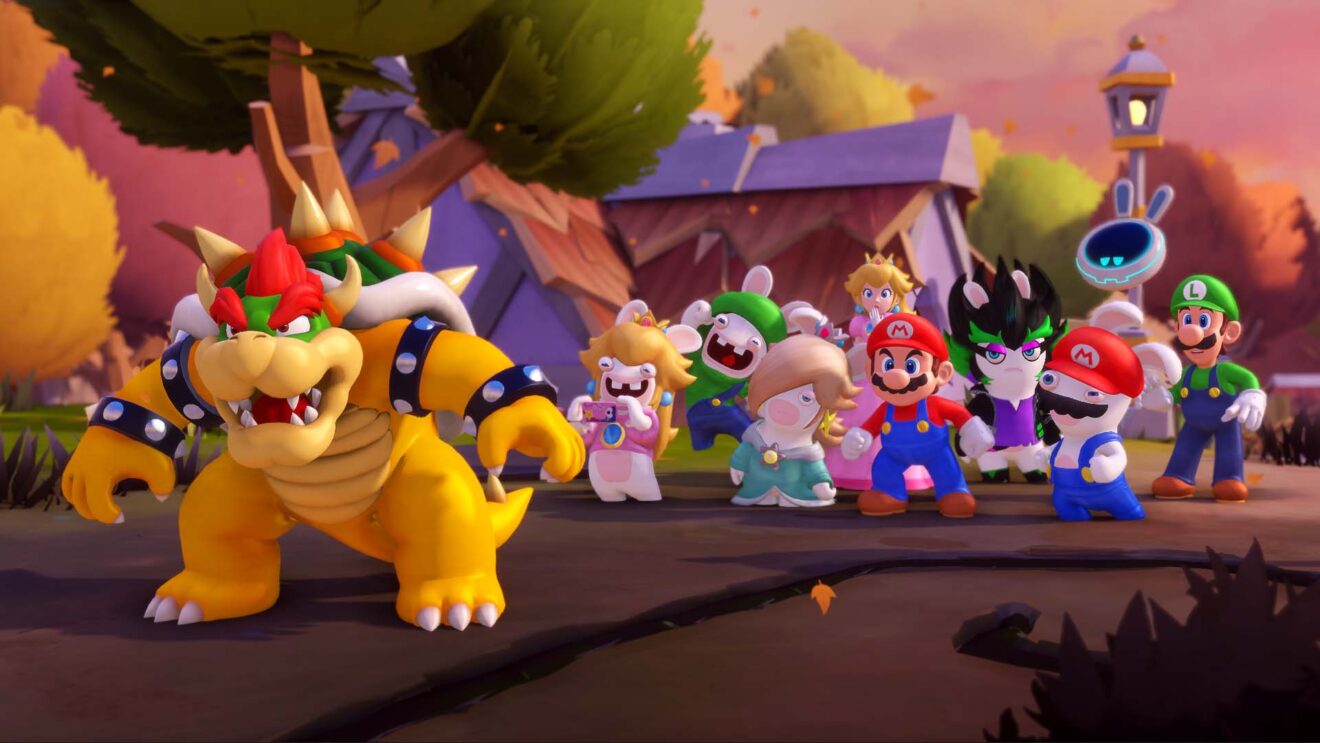 Mario + Rabbids Sparks of Hope will come to the Nintendo Switch on October 20th.

That’s according to a new gameplay trailer for the sequel, which debuted during the most recent Nintendo Direct Mini. The trailer showcased more of the sequel’s new gameplay mechanics.

During battle, players can now freely move their characters in a designated area before taking out their weapons. This means you can slide attack enemies before queuing up your weapon attack, taking off a few HP right from the get-go.

Another new mechanic lets players use their teammates to vault into the air and drift further outside their original movement zone. This opens up even more possibilities for clever positioning. Players can also pick up Bob-ombs scattered throughout a combat zone. You can then throw the Bob-ombs at enemies to deal damage before your main attack.

The trailer contained one final surprise: Mario and friends can team up with Bowser to fight Sparks of Hope‘s “otherworldly enemies.” Armed with what appears to be a shoulder-mounted cannon, Bowser looks like a good addition to your team.

You can check out the new trailer below. Ubisoft will show off more of the game tomorrow, June 29th, in a special stream dedicated to the game.