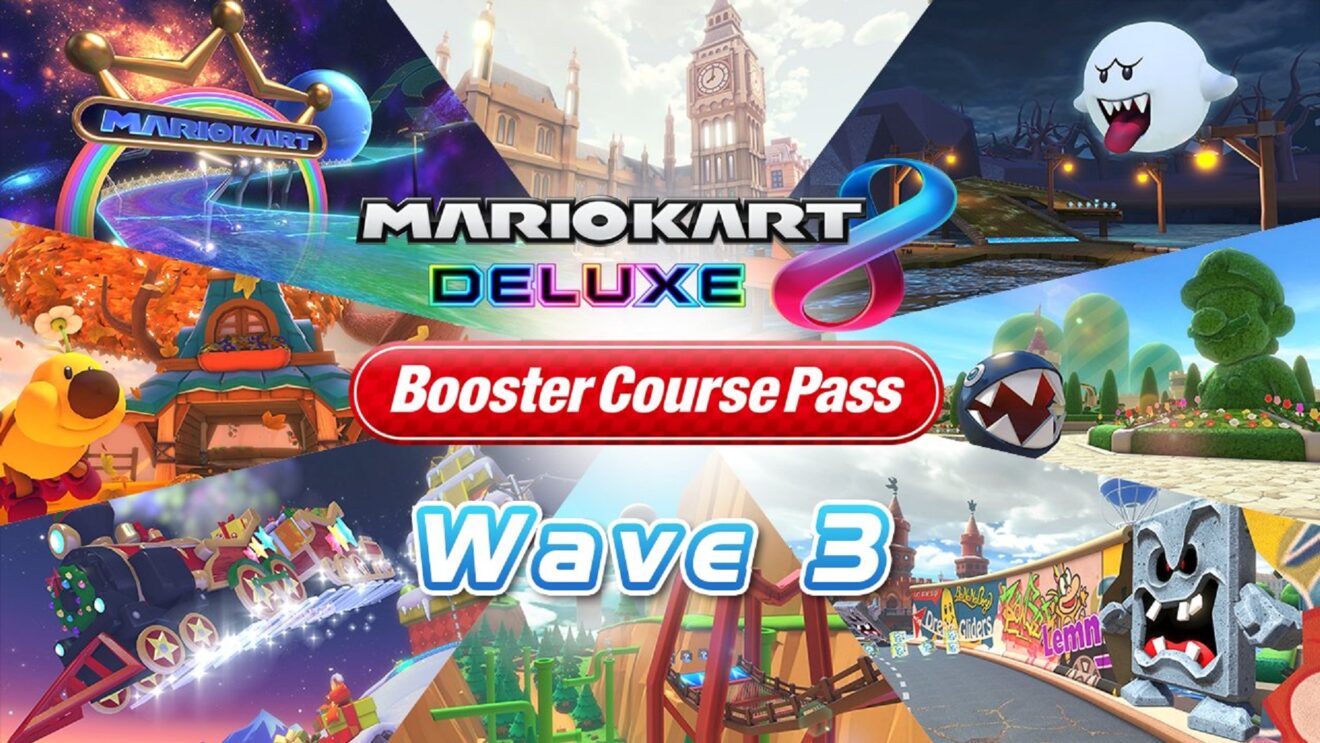 Wave 3 of the pass introduces the Rock Cup and Moon Cup to the game. The Rock Cup contains the London Loop, Boo Lake, Alpine Pass, and Maple Treeway, while the Moon Cup is made up of Berlin Byways, Peach Gardens, Merry Mountain, and Rainbow Road.

Three more waves of DLC containing eight courses each are still to release.

The Deluxe Booster Course Pass is available now via the Nintendo eShop or as part of the Nintendo Switch Online + Expansion Pack subscription.