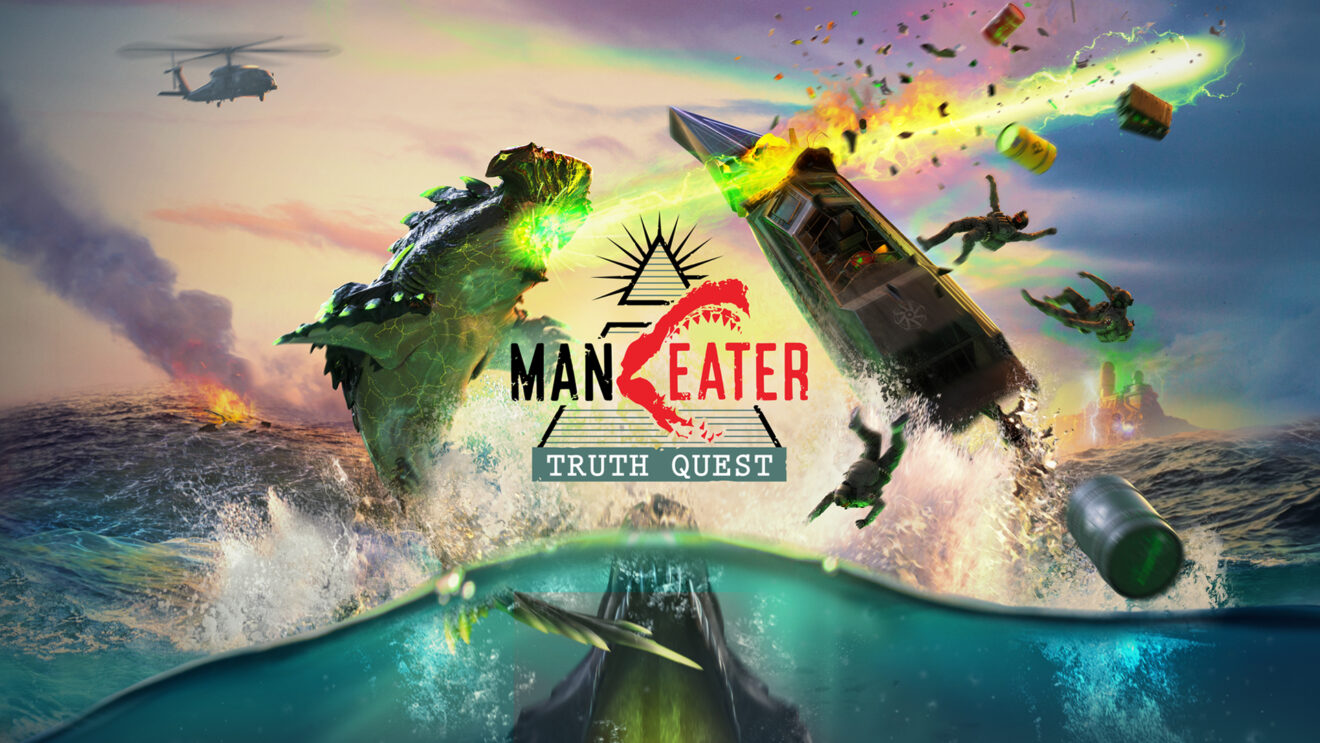 Tripwire Interactive has announced that Maneater‘s conspiracy-themed Truth Quest DLC will be available on PlayStation, Xbox, and PC from August 31st.

The DLC picks up the story following the conclusion of Maneater and once again puts players in control of the bull shark protagonist. Investigative journalist Trip Westhaven has fired up his ViewTube channel to uncover the dark secrets and conspiracies surrounding Port Clovis and the Naval Wildlife Organization (NWO).

Players can explore a new island off the coast of Port Clovis, use a new Evolution Set, take on five new Bounty Bosses, and tackle the new Failure to Communicate and Time Trial objective types. There’s also an increase in the maximum level cap to 40 and five new organ evolutions to obtain.

Finally, a free pilot episode is on the way before the DLC’s release that will showcase some of the new objectives. Players can expect roughly 10-15 minutes of gameplay from this pilot episode.