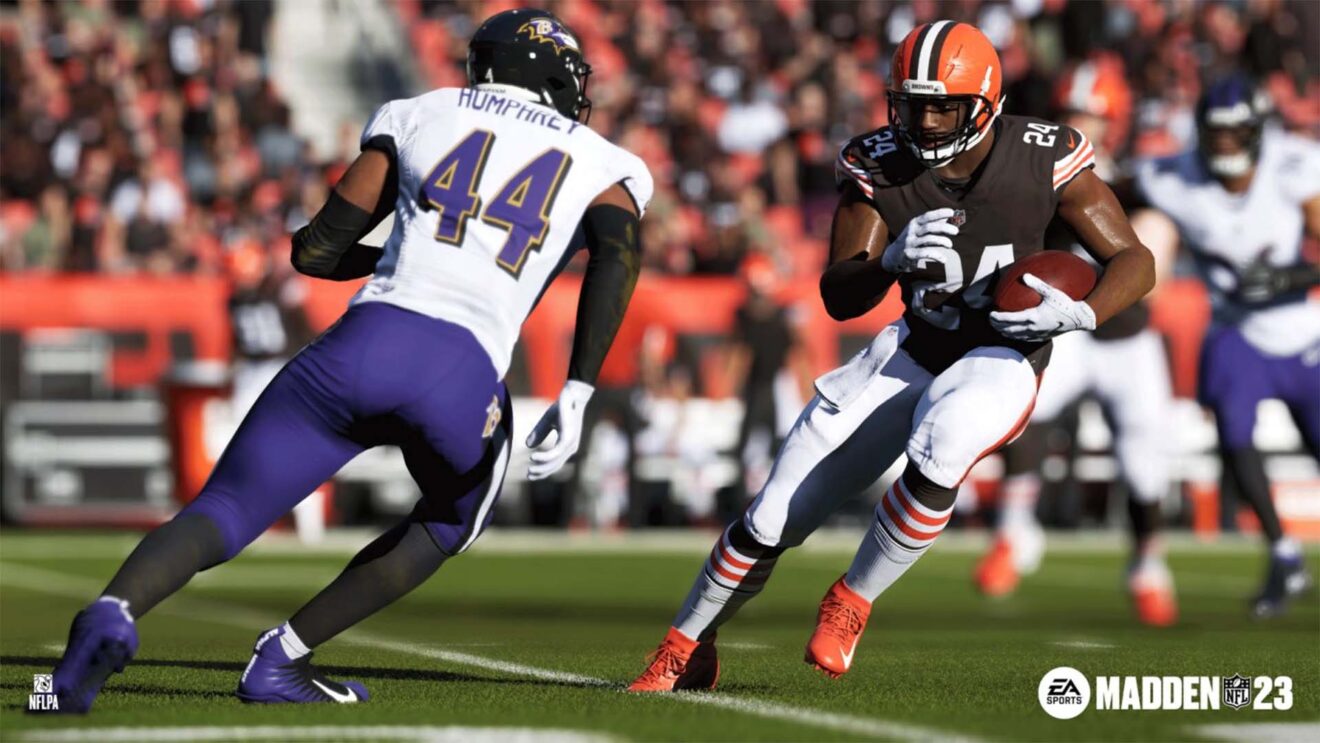 EA Sports has revealed new details about new features and upgrades to returning features in this year’s Madden entry.

FieldSENSE (yes, that’s spelled correctly) is Madden NFL 23‘s new gameplay system that “provides the foundation for consistent, ultra-realistic gameplay.” On defense, that means more dynamic and realistic tackling thanks to the game’s “animation branching technology.” On offense, players can now engage “skill-based passing” to have more control over where the ball goes once it leaves the QB’s hands. Runners will also have access to “360° Cuts” for more fluid carries. There will also be more intense 1-v-1 battles between receivers and defensive backs off the line.

A new trailer for FieldSENSE showcases the new gameplay mechanics in action and pays tribute to this year’s cover star, the late John Madden himself:

As far as returning features are concerned, it appears that EA Sports is recommitting to its single-player offerings. Franchise mode will sport updated trade logic, refined scouting and staff management, and more depth with signing free agents. Face of the Franchise, now known as “The League,” will drop you into the role of a fifth-year player on a new team. Positions include quarterback, wide receiver, running back, middle linebacker, and a new addition: cornerback.

Less serious and in-depth modes are also returning. The Yard is bringing back its 6-on-6 backyard-style action, and Madden Ultimate Team will surely encourage you to spend even more money. Meanwhile, Superstar KO is a “co-op eliminator mode where Superstar X-Factor abilities are always on,” which sounds like a good arcade-y time.