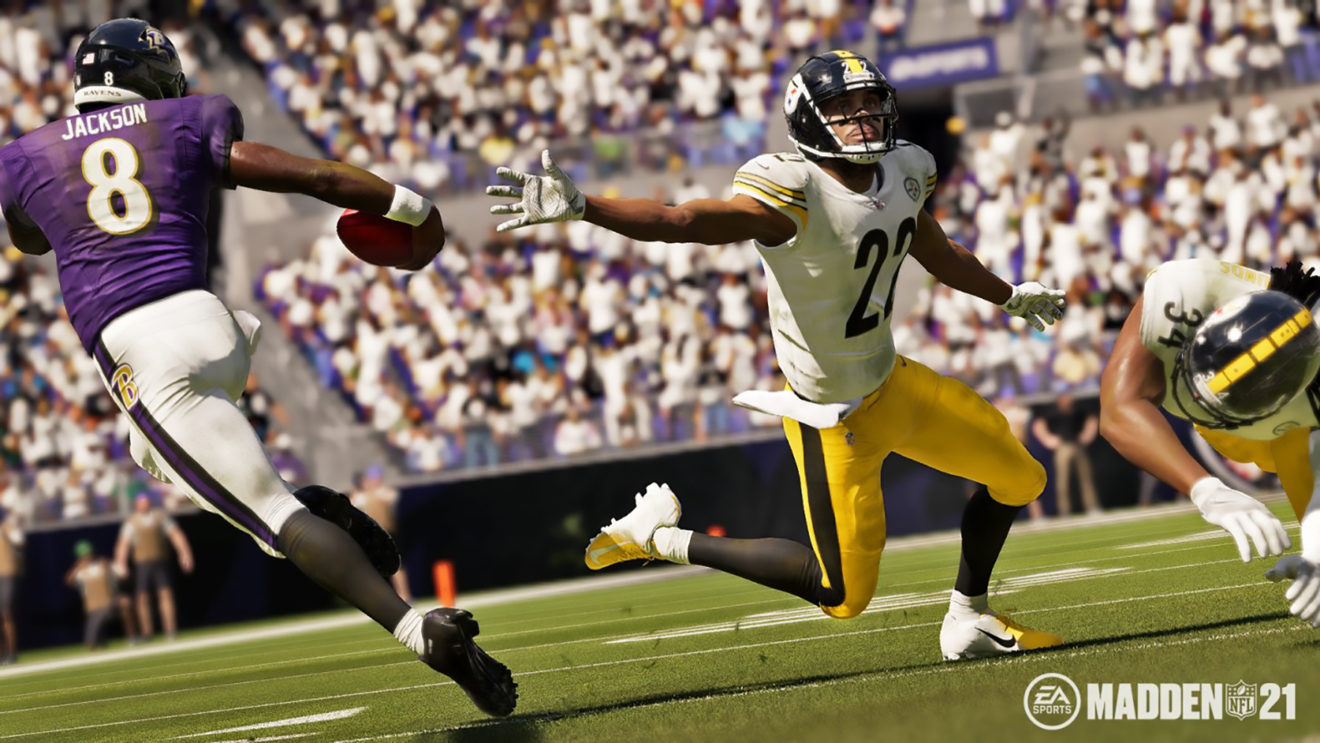 Madden NFL 21 got its first full-length trailer, and it looks like this year’s game is focusing on giving players more control on the field.

Superstar players will also get an upgrade, with over 40 new Superstar and X-Factor abilities coming in Madden 21. Last year’s game introduced these as a way to truly differentiate between different top-tier players, so it’ll be interesting to see how these new abilities expand on that system.

A new mode called “Face of the Franchise: Rise to Fame” is also launching with Madden NFL 21, and it’s a “documentary career mode” that follows your custom player from high school to the NFL. Ultimate Team is making a return, but it’s unclear exactly what new features the mode will have.

Ravens superstar and last season’s MVP Lamar Jackson is this year’s cover athlete, so it makes sense that ball carriers will have even greater control in this year’s game.

Pre-ordering Madden NFL 21 gives you access to the game three days early on August 25th. Otherwise, it’s launching on August 28th for PlayStation 4, Xbox One, PC on both Steam and Origin, and Stadia. Originally, EA said that PlayStation and Xbox players would have until March 2021 to upgrade their games on next-gen consoles, but it looks like the publisher is extending that offer to last until Madden 22 launches in August 2021.