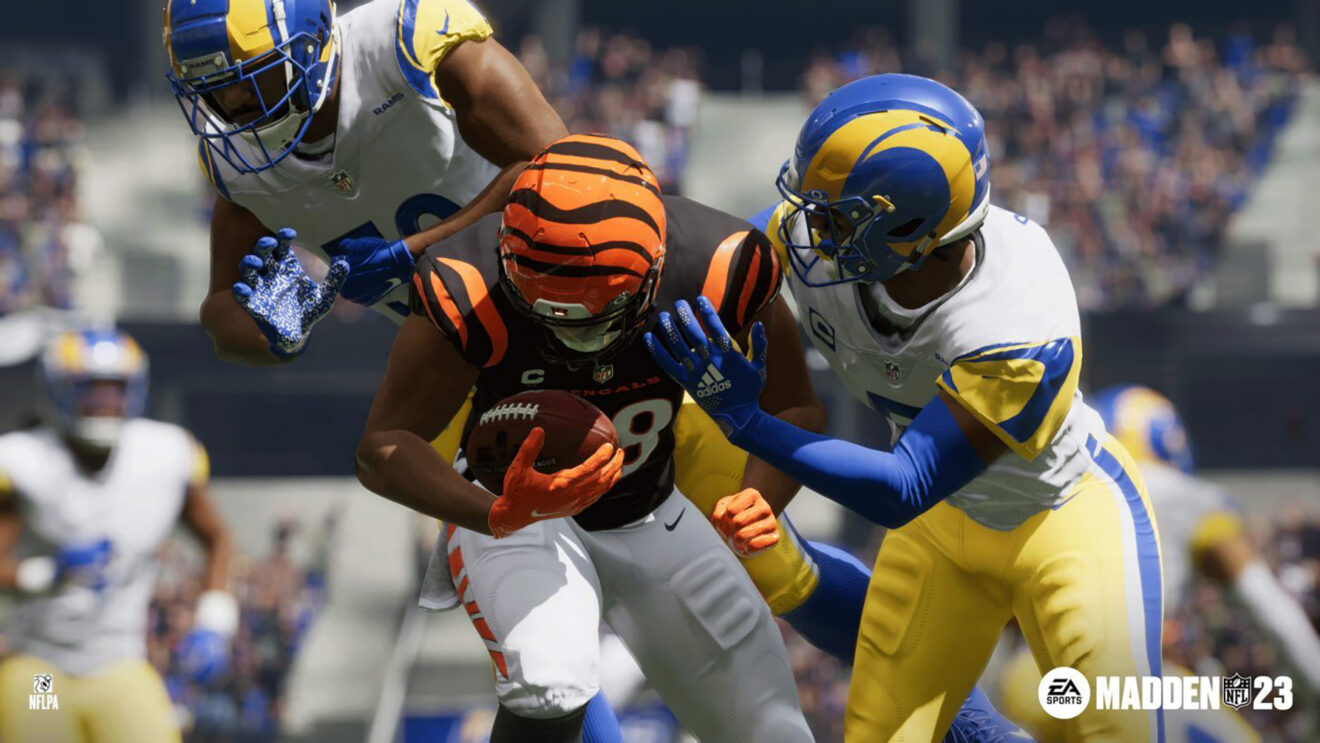 Last week, EA officially revealed Madden NFL 23, touting a major new addition to the game called FieldSENSE. Now, we finally get to see it in action for ourselves, courtesy of a new gameplay trailer.

While FieldSENSE is at its core a system allowing for branching animations and more dynamic outcomes to each play, EA is using it to impact gameplay on both sides of the ball, with more physics-driven outcomes and fewer RNG rolls leading to canned animations.

On defense, you’ll be able to initiate tackles with more than on defender attacking the ball carrier, with more strategic control over how the tackle plays out. You’ll also be able to initiate mid-air hits against receivers in an attempt to push them out of bounds or get them to drop the ball.

On offense, you’ll have better control over ball placement on passes, and carriers will be able to make sharper cuts to exploit holes in the defense.

Like most Madden upgrades, everything here looks closer to incremental than revolutionary, and we probably won’t know how big an impact these features make on the game until it’s in our hands. Still, this trailer is a promising enough first look.

It’s important to note that FieldSENSE will only be available in the PlayStation 5 and Xbox Series X/S versions, though the game is also coming to PlayStation 4, Xbox One, and Windows PC.

Josh Harmon
Josh picked up a controller when he was 3 years old and hasn’t looked back since. This has made him particularly vulnerable to attacks from behind. He fell in love with EGM during the Dan Hsu era, so joining the magazine as an intern way back in 2012 felt like a dream come true. Now, as Editorial Director, he’s excited to lead EGM somewhere new.
Share
Post tagsMadden